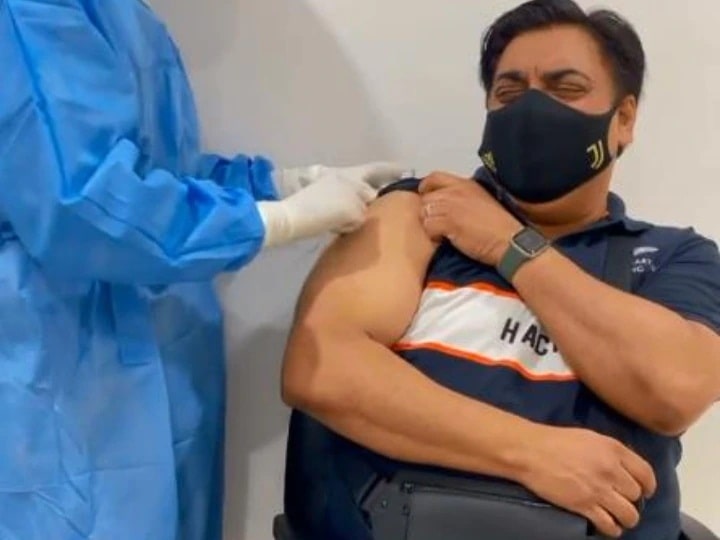 Famous actor Ram Kapoor has got the first dose of Corona vaccine done. He gave information about this by sharing a video on Instagram. Ram Kapoor was seen acting while crying. This video of him is becoming very fast on social media. Fans of Ram Kapoor are also giving their response on this post.

While sharing the video, Ram Kapoor praised the frontline workers. He wrote, “Frontline workers are working day and night to protect us. In such a situation it is very important to make them laugh. I thank all the frontline workers who are working tirelessly in this pandemic.” Ram Kapoor is acting to cry while applying the vaccine. It can be seen in the video how he is afraid of getting vaccinated and running away from the nurse. At the same time, doctors are also present around them, who are encouraging them to get injected. So far, more than 80 thousand people have liked this video. His wife Gautami Kapoor has also got the corona vaccine.

Fans of Ram Kapoor have also reacted to this post. One user wrote, “Keeping the Corona protocol in mind, vaccination is the best option at this time.” Another user wrote, “Corona cases are increasing once again in the country. In such a situation, we should all come forward to get the Corona vaccine installed.” One user praised Ram Kapoor, saying, “You start acting anytime. At such a time you are making people laugh, this is a big thing in itself.” Let us know that Ram Kapoor’s fans are in millions and give him a lot of love. Ram Kapoor also keeps interacting with people through social media from time to time.