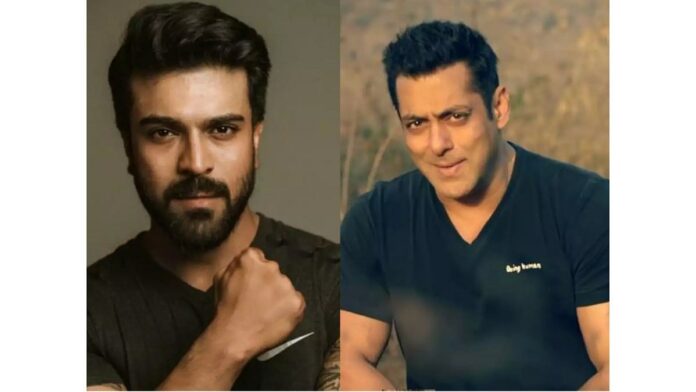 Ram Charan Will Be Seen In ‘Kisi Ka Bhai Kisi Ka Jaan’, Salman Khan Told How The Actor Got The Role: Apart from Bigg Boss 16, Bollywood superstar Salman Khan is currently making news for his upcoming film Kisi Ka Bhai Kisi Ka Jaan. It is the same movie, which was earlier called Bhaijaan and became Kabhi Eid Kabhi Diwali. That’s why. Now, a big update is coming about this film in which RRR’s Ram Charan will also be seen in it. Before this, there was talk about Telugu actor Venkatesh Daggubati’s appearance. In such a situation, the excitement of this movie has increased a lot among the fans.

Salman Khan’s Kisi Ka Bhai Kisi Ki Jaan will release at the end of the year, on December 30, 2022. His film is currently in progress. There are reports of the presence of Shahnaz Gill, Raghav Juyal, Siddharth Nigam and others. Now Bhaijaan himself has revealed the existence of Ram Charan. The actor is said to have made an appearance in his film. This is how Ram Charan got a role in Salman’s film
In fact, in an interview, Salman Khan said that during the launch of the trailer for “Godfather” in Mumbai, Ram Charan said that he wanted to be a part of his film. wanted. “He came to me and told me I wanted to do it. I asked him but Ram said he wanted to come to the same center as me. At first, I thought he was making such a joke. I told him we will talk about it tomorrow. The next morning, he came in his car. He brought all his clothes. He came before us. I asked him what are you doing here? So he said I want to stay here.

Salman Khan’s next movie
, Salman revealed that this gave him an opportunity to act. Let us tell you, the ‘Antim’ actor’s latest film has not done anything special in the industry. So now he is busy working on his upcoming project. Salman Khan will be seen with Telugu Superstar Chiranjeevi in ​​’Godfather’ which will hit the screens on October 5. Unless “tiger 3”, this will be left in April 21, 2022.