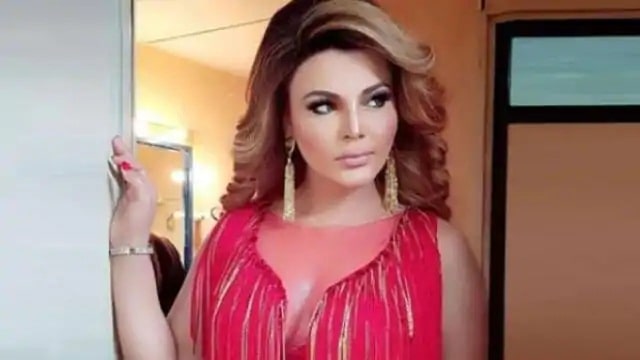 Rakhi Samvat recalled her husband Ritesh several times in Bigg Boss house and also requested Ritesh to come to Bigg Boss house once to meet him, but this was not possible. But today we are going to give you such a good news which you will also be happy to hear. Let me tell you that Rakhi has now convinced her husband Riteish to come before everyone. And soon both of them will come together dancing in dance reality show Nach Baliye 10.

Me and Riteish have got a big dance show offer – Rakhi

In a recent interview, Rakhi told that, Riteish and he have received a big dance offer. In which both of them can participate. But Rakhi has not yet revealed the name of the show. Talking on this, Rakhi said that, we have got an offer from the show right now, but I cannot talk much about it.

Rakhi named the show a secret

At the same time, when Rakhi was asked, whether she is going to come to Nach Baliye 10. So Rakhi said that, I do not want to talk about it. There are many things going on about the show right now. The makers of the show are also talking to Ritesh. Rakhi also told that during this time, Ritesh is a very big businessman. And their under 10 thousand people work. In such a situation, he will have to leave his work for about 3 or 4 months to participate in the show.

Rakhi also told that after coming from Bigg Boss, things between me and Riteish got better than before. Both of us are understanding each other right now. And Ritesh will be coming to India very soon. And by coming here, he is also going to clear the misconceptions about his first marriage with me.

Let us tell you that Rakhi Sawant herself revealed in Bigg Boss 14’s house that, her husband Ritesh is already married and has a son. He told this thing to Rahul Vaidya during a task. Let us tell you that after coming to the grand finale, Rakhi left the show with 14 lakh rupees.