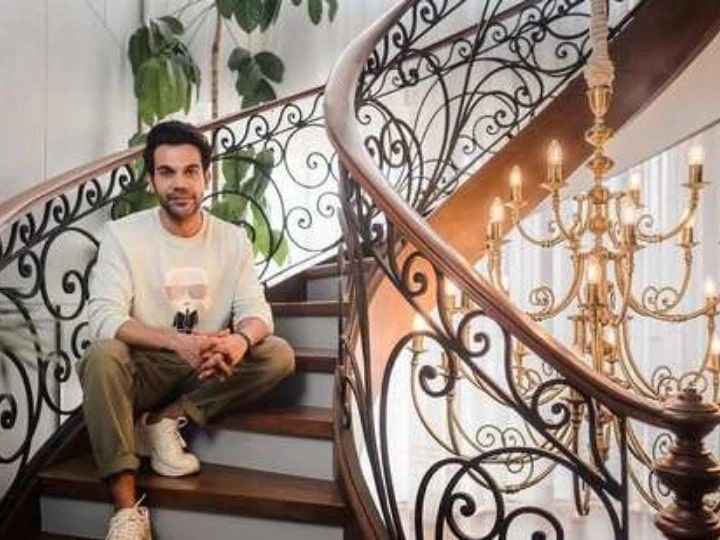 Actor Rajkummar Rao, known for his excellent acting, is once again in the headlines. This time, Rajkumar is not in his acting, but due to his new luxurious and special house, the actor is in discussion. Rajkumar Rao grew up in Gurugram. According to the actor, his childhood was spent in a joint family, where 16 people lived together.

However, Rajkumar now lives in Mumbai and his house here is spread over two floors. Recently, Rajkumar has made his fans visit this new house through a video. In Rajkummar Rao’s house, you will get to see the best design and artwork.

Along with this, a large balcony, living room, very luxurious white colored sofa and modern art paintings will also be seen on the walls in the house. In the wall behind the sofa in Rajkumar Rao’s house, you will also see a very magnificent frame in which the actor is seen with his late mother Kamlesh Yadav. Let me tell you that one of Rajkummar Rao’s favorite spots at home is a white sofa on which actors like to watch movies and read books.

If we talk about career front, Rajkummar Rao was recently seen in the film ‘Roohi’. Jahnavi Kapoor appeared opposite Rajkumar Rao in the film. Let us tell that this film got mixed response at the box office.