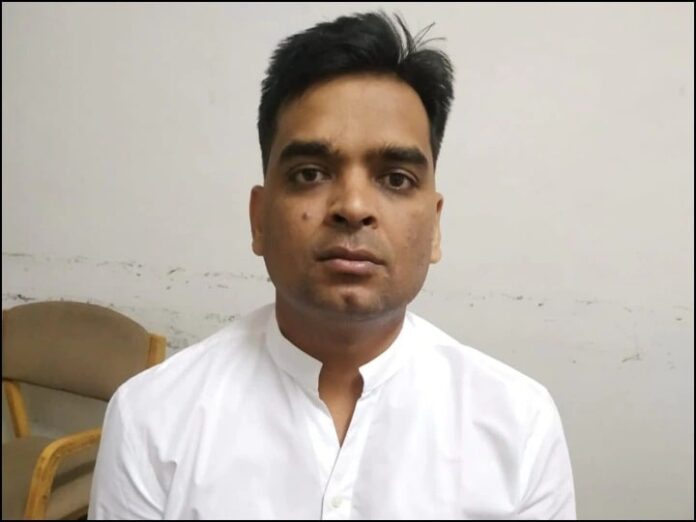 Jaipur: Manish Aggarwal, an IPS officer of Rajasthan, has been arrested by the Anti-Corruption Bureau. Manish Agarwal, a 2010 batch IPS officer, is accused of demanding bribe while being the Superintendent of Police in Dausa district.

After the arrest of Neeraj Meena, the Anti-Corruption Bureau came to the inquiry and it came out that he wanted to collect this recovery from the then Superintendent of Police of Dausa, Manish Agarwal. When the investigation progressed, it was revealed that Neeraj Meena has recovered a total of 38 lakhs. After getting strong information and evidence of an IPS involvement in the case, the Anti-Corruption Bureau first seized the mobile phone of IPS Manish Aggarwal and unlocked it.

The Anti-Corruption Bureau was informed by this iPhone about Manish Agarwal’s involvement in the case. Two weeks after the arrest of broker Neeraj Meena, Manish Aggarwal was also arrested, linking it tightly to the bribery case. Director General of Anti-Corruption Bureau, Bhagwan Lal Soni said that under the leadership of senior bureaucrat Dinesh MN, the house and other locations of Manish Aggarwal are being searched.

IPS Manish Aggarwal is being questioned and he will be produced in court and taken on remand. Aggarwal is 38 years old and originally hails from Uttar Pradesh. Apart from the Superintendent of Police in Dausa and Barmer, he has held several important posts in the state’s police fleet.