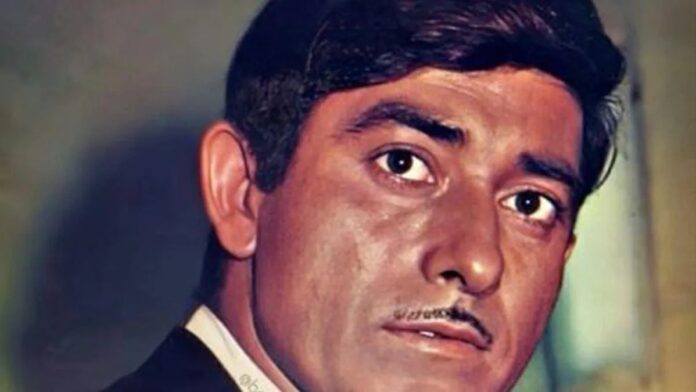 ‘Neither the sword’s edge nor the shower of bullets, the man is afraid only from the family’ … Who can forget this dialogue of the movie Tricolor. Actor Raj Kumar, who left an indelible mark for some such more famous dialogues, still keeps a different status for his powerful voice and dialogue delivery. On this day, on October 8, Raj Kumar was born in Pakistan. At the time of his birth, he was named Kulbhushan Nath Pandit, but after coming in films, he became famous as Raj Kumar. Let’s discuss them on this special day.

Raj Kumar was a veteran actor of his time. His powerful voice made anyone crazy, as well as saying his dialogues in that voice, it was icing on the cake. Before joining the film industry, Raj Kumar was posted in the police. Raj Kumar was employed in the Mumbai Police as an IAS Sub-Inspector. It was a time of 1940s. Then the time changed and his mind also changed and he changed his way towards the film line.

What amazing in these films

In the year 1952, he ventured into Hindi cinema with the film ‘Rangeili’. Then after three years, he got his second film ‘Ghamand’. After this, in 1957, Raj Kumar appeared in ‘Mother India’. This film was nominated at the Oscars. Gradually this convoy of films moved forward and he won the hearts of the audience with his acting and dialogues in more than one film like Heer-Ranjha, Pakija, Hindustan Ki Kasam, Bulandi, Dharma Kanta. He was awarded the Filmfare Award for the film ‘Dil Ek Mandir’.

Raj Kumar is remembered even today for ‘Saudagar’

Now come on his memorable film Saudagar. Their pair with Dilip Kumar appeared together on the screen after 30 years. In this, Raj Kumar died in the role of Thakur Rajeshwar Singh. The merchant is still remembered the most for Raj Kumar’s film. After this he appeared in films like Police and Mujrim, God of Humanity, Tiranga.

Keep working even in the last days

He did the last film ‘God and Son’ in 1995. After this film neither did he return to films nor in the world. He breathed his last on 3 July 1996. He had throat cancer. Raj Kumar’s son Puru Raj Kumar had told in an interview that his father had a lot of problems in lungs and ribs for the last two years.