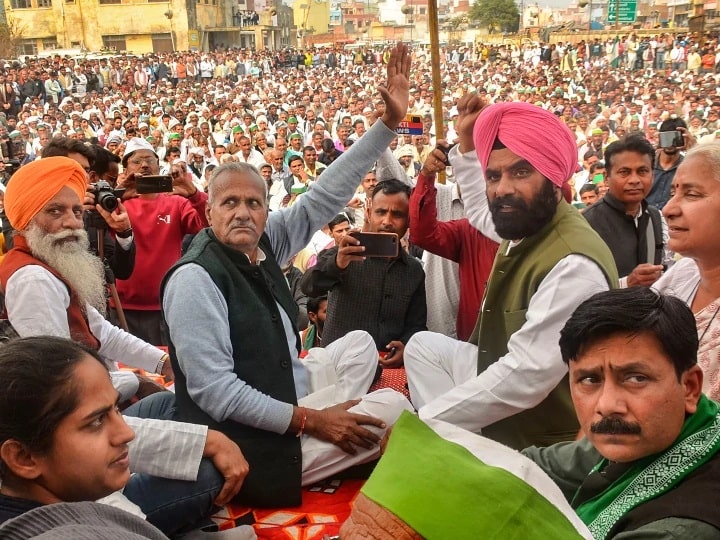 It has been nearly three months since the farmers movement has been on the Singhu, Ghazipur and Tikri borders of Delhi for 90 days. You must have seen many pictures and reports. Sometimes it has increased the mob of farmers. A lot of people have gathered. Now, as the agitation of the peasant organizations is being dragged along, it is also showing weakness. You must have seen the pictures of the gathering started decreasing from the three borders.

People have stood for so many days, so why? And why did those who left? What is the mental state of those who have stayed? What are they thinking After all, what is its future and how much will this movement be pulled by the farmers organization? Have these questions ever been considered? So today, in Raj’s talk, we have brought answers to all these questions. The special thing is that I did not find this answer alone. These conclusions have not been drawn by visiting the border for a few hours. Scientifically, the entire team of researchers tried to find out the reason, type, size and implications of the movement by staying two days on 10-12 February between the farmers on the three borders. These researchers went among the farmers and tried to read the social, mental and economic outlook. Based on this assessment, we will discuss it further sequentially.

What has changed in the situation before and after 24 January

Before this, let us tell you about Raj, what are the circumstances on both the borders at the moment. What has changed in the situation before and after 24 January? There were 10-12 thousand people on the Ghazipur border between 24-25 January, so now this number has been reduced from two to two and a half thousand. The number on Singhu Border was 50 thousand before 26, so today there are about 15 thousand people. Similarly, on January 26, there were about three thousand tractors on the basket border of Delhi, and the crowd is about 90 thousand, after which the number is reduced to about 20 thousand. Tractors are now closer to 1500.

Apparently from this number it is clear that the number of agitators is decreasing. Now come to those questions which were raised in the beginning. One thing became clear from the survey that the farmers sitting in the movement do not know much about the three agricultural laws, but it has been sitting in their mind that industrialists like Ambani and Adani will grab their land. Restoring trust with the government is a major concern. Yet now there is no enthusiasm and passion among the agitators, this is also the truth.

Even farmers do not have confidence in the national leadership

The most important thing revealed in the survey is that most of the agitators do not know the purpose. Also, the reasons for the protest vary. Some have been brought, some have been mobilized and some are adamant with commitment. There is a lot of movement of leftist workers among them and the number of politically connected people has also come and gone. But those who are stuck are people from small groups of Punjab and Haryana, which are fully operated at the behest of their local leader.

The point of Raj is that farmers have come with 32 local leaders of Punjab on Singhu Border. Their local leader is called Jathedar and all walk according to their leader’s sayings. Similarly, 13 Khap Panchayat Local Units of Haryana are functioning like local units. The special thing is that all these people trust their jathadar or leader. The arguments given by the central leadership or the government were misunderstood by these leaders. Nobody is talking about them on logic or facts. However, they are also not confident about the national leadership of the farmers. Everyone is talking differently and is not ready to listen to any one leader.

The biggest thing about Raj is that 40 percent of the farmers who have gathered till now admitted that they are tired now. Despite this, they are constantly raising the slogan of standing at the picket site. The main thing behind this is that the facilities of uninterrupted food-water and entertainment etc. should be available there. Some local people are also doing this work, but mainly non-governmental organizations, political parties and all the overseas Indians are also helping. But now too, their support at the local level is decreasing. Businessmen of basket border where business of not running business is happening. At the same time, people are also getting sick after sowing and worrying about the next crop and eating the same food continuously. Because of this, many people have left the protest site.

There is growing frustration among all the farmers

In the survey, 84 percent people have been worried about the challenges of cold-hot weather and sowing in the fields with crutches. In such a situation, in order to mobilize people, farmers are constantly being assured to provide coolers in the heat and those who are addicted to alcohol or cigarettes. People addicted to the drug are definitely happy to stay here. However, frustration is increasing among all the farmers and they are worrying about their fields.

It is clear from the current situation and the report of the survey that it is impossible for the farmers working in the fields to be engaged with the agitation for a long time. But the way all NGOs, political parties and peasant organizations are adamant, it will not be possible to raze the tents so soon, even if the movement is getting weaker day by day.