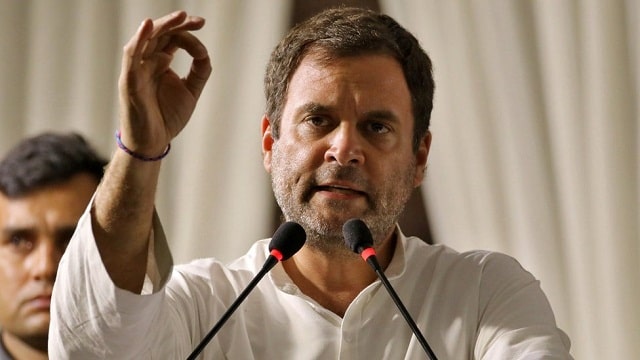 BJP president JP Nadda had said that Rahul Gandhi is distracting the attention of farmers. Rahul answered this in a press conference on Tuesday. Rahul said, “I am not afraid of Prime Minister Narendra Modi. I am a clean man. They can shoot me but cannot touch me. I am a patriot and will protect my country. Nobody will support me even then I am alone I will keep on fighting. This is my religion. “

4. If India does not create a strategy, China will harm
China. China’s strategy is clear for the world, India is not included in this. India did not form a strategy in this regard. Have tested China twice. Once in Doklam and the other time in Ladakh. If India did not give a clear message to China, did not create a strategy related to military and economy, China would not sit silent, but would take maximum advantage of it. On the day that happened, we will suffer loss.

5 questions to the Rahul of Nadda, Rahul
had told in the morning that he would hold a press conference on the agricultural laws. After this, BJP President JP Nadda targeted Rahul. He had asked 5 questions to Rahul through social media.

1. When will Rahul, his dynasty and Congress stop lying on China?
2. Thousands of kilometers of land, including a part of Arunachal Pradesh, was gifted to China by none other than Pandit Nehru, can Rahul deny it?
3. Why does Congress surrender to China?
4. Does Rahul intend to cancel Congress’s MoU with China and the Communist Party there?
5. Does Rahul want to return the donations from his family trust to China?