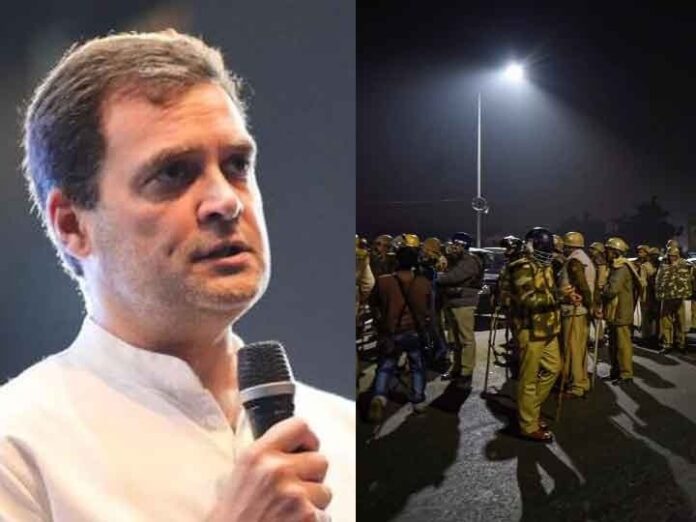 New Delhi: Amid the tense situation at the Ghazipur border, Congress MP Rahul Gandhi has supported the farmers by tweeting. At the same time Priyanka Gandhi has also tweeted that her party is with the farmers.

Rahul Gandhi tweeted, “Time to choose a side. My decision is clear. I am with democracy, I am with farmers and their peaceful movement ”

At the same time, Congress General Secretary Priyanka Gandhi Vadra tweeted, “Yesterday at midnight, I tried to end the peasant movement with sticks.” Today, farmers are being threatened at Ghazipur, Singhu border. This is contrary to every rule of democracy. The Congress will stand in this struggle with the farmers. Farmers are the interest of the country. Those who want to break them – they are traitors. ” He said, “Strict action should be taken against violent elements, but with the farmers who have been struggling peacefully for months, the entire power of the people of the country stands with them.”

Explain that the farmers have been demonstrating for the last two months on the Ghazipur border of Delhi and Uttar Pradesh. Now the Uttar Pradesh government has ordered the removal of the protesters. In view of this, a large number of police forces have been deployed on the Ghazipur border. At the same time, Rakesh Tikait, leader of the Bharatiya Kisan Union (BKU), who is leading the movement in Ghazipur, has made it clear that he will not end the movement.