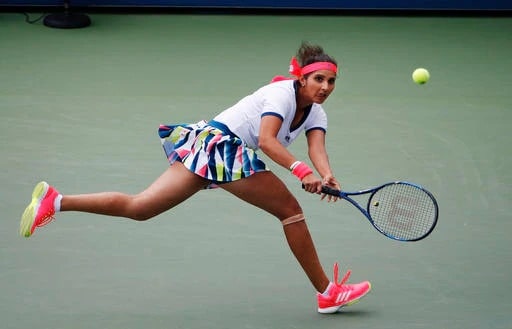 Star tennis player Sania Mirza and her Slovenia partner Andreja Klapek, who were participating in the first tournament after more than a year, suffered a loss in the women’s doubles semi-final of the Qatar Total Open here on Thursday. Let us know that Sania and her Slovenian partner had to face 5-7 6-2 5-10 in an hour and 28 minutes against American Nicole Mellischer and Demi Shurs of the Netherlands.

The match lasted for one hour and 28 minutes

The competition was very tough. There was a struggle between the duo for an hour and 28 minutes on the court. During this match, at the end of the three sets played in this match, the pair of Mellischer and Demi Shurs got the win. The first set was decided through a tie-breaker and Sania suffered a 5-7 defeat here. After this, he made a superb comeback with his partner and won the next set 6–2 and achieved parity. The third set looked tough but Sania lost here and could not make it to the semi-finals.
Sania returns to tour after recovering from Kovid-19

Sania is returning to the tour after recovering from Kovid-19 recently. This was the first Indian player’s tournament since February last year and he teamed up with Andreja to challenge the world number 11 and number 12 players.

Sania hopes to make it to the top 200

Please tell that Sania and Andreja got a total of 10,000 dollars from this performance and 185 ranking points each. Sania’s ranking will improve with these points. Sania is expected to make it to the top 200. She can reach the 25th to 177th position.