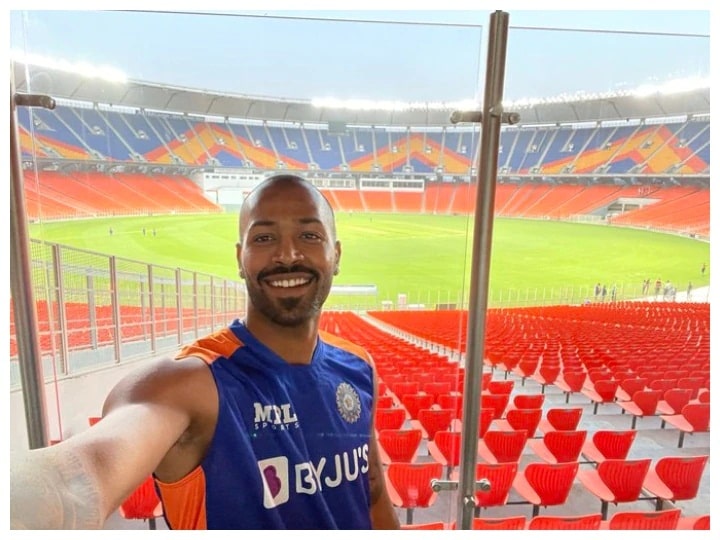 Indian cricketers who traveled around the world were stunned by the world’s largest cricket stadium in Motera and it took them an hour to understand the facilities here. The dressing rooms of this stadium are connected to the gym. The first international match at Motera Stadium with a capacity of one lakh ten thousand spectators will be a day-night test between India and England starting on 24 February.

In the video shared by the BCCI, star all-rounder Hardik Pandya said, “To be honest, there is a desperate wait to play among the audience in the world’s largest stadium.” What a great view All the players liked it very much. It took us an hour to understand this. I am proud that this stadium is in India. There will be great matches here.

Pandya further said, I have never seen a stadium whose dressing room is connected to the gym. I want to thank the people who have built this stadium and the Gujarat Cricket Association.

Cheteshwar Pujara, while praising Motera Stadium, said, “It is a very big stadium and it looks great coming in. We are waiting to play the first match here.”

Opener Mayank Agarwal said, “It is great to go inside Motera and see the stands. We have never played in such a big field. We have never seen a gym like this.”

England all-rounder Ben Stokes has also praised the stadium in his tweet. He wrote, “This is a great stadium, enjoyed the end of the day with local music.”

What is special in this stadium

Motera Stadium in Ahmedabad is built at a cost of more than 700 crores. It has a seating capacity of 1,10,000 spectators. This tedium has been designed by the company that built the Melbourne Cricket Ground Stadium. It has 76 corporate boxes, four dressing rooms and three practice grounds. In addition to the stadium, in addition to the indoor cricket academy, there are facilities for swimming pool, squash and table tennis. The lights of this stadium are also very different. Flood lights are replaced with LED lights which burn with solar energy. Apart from this, the stadium also has 3D theaters. There are also excellent gyms connected to the dressing room.