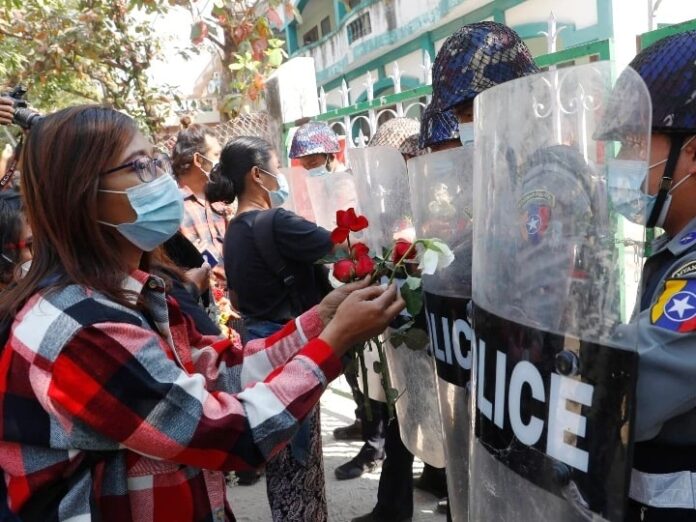 During the biggest rallies ever held since the coup, protesters at two universities in Yangon saluted with three fingers as a protest. The protesters raised long-life slogans for Aung San Suu Kyi and said, “We do not want military dictatorship”.

Professor Navi Thajin at Yangon University, while opposing the army, said, “We cannot unite with them.” We want this type of government to fall as soon as possible. ”Protests have taken place in Myanmar on Monday, after the military announced a coup and took power for a year. In progress.

Students on the streets

Opposition to this announcement, along with the common people, the opposition has also started playing utensils in the country’s largest city of Yangon, standing on the windows every evening. However, now people are starting to take to the streets against the coup. These include students and medical workers, some of whom have refused to work.

In the past, students have also played an important role in the movement against military dictatorship. The army is also stopping Facebook on arresting some opposition leaders for the purpose of suppressing the protest. So that the protesters cannot plan to gather.