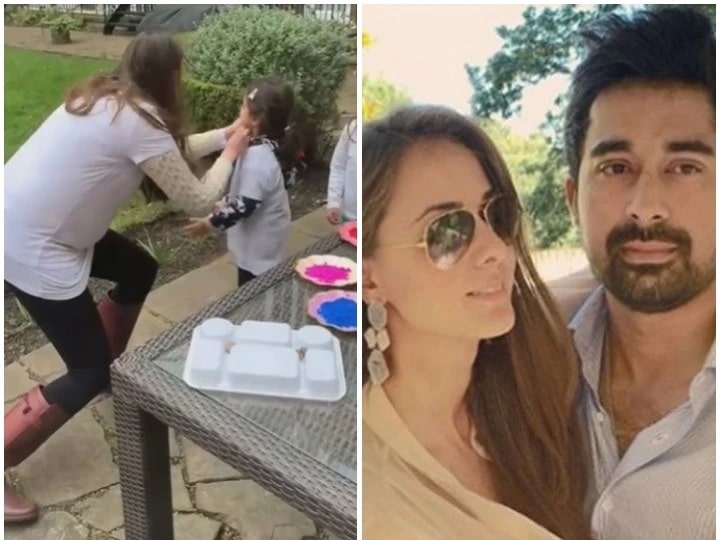 Rannvijay Singh, the winner of Season 1 of MTV’s popular reality show Roadies, is going to be a daddy for the second time soon. Rannvijay’s wife Priyanka Singh and her daughter Kayanat live in London and the mother-daughter duo played Holi there. Both of them enjoyed Holi with a new member coming soon in the family. Rannvijay shared the video and told how the children enjoyed the festival of colors the most.

On March 4, 2021, Rannvijay had said that he was going to be a father once again. Rannvijay shared a photo on Instagram. In this photo, Rannvijay can be seen with his wife Priyanka and daughter Kayanat. Along with the photo, Rannvijay also wrote a caption which goes something like this, ‘I am missing you three #satnamwaheguru @priankasingha @singhakainaat.’

Rannvijay’s wife Priyanka also shared a reel with her daughter and husband and wrote, “Daddy .. we are missing 3 of you. See you soon! Satnam Waheguru” Rannvijay to fulfill his work commitments in India. Are in However, he does not miss the opportunity to share some of his children’s loving moments.

Rannvijay has shared a reel in which his family is seen celebrating Holi with enthusiasm. In the video, Priyanka is seen flaunting the baby bump while assuming Holi. His daughter Kayanat is seen hanging on her mother’s baby bump. Let us know that Rannvijay will soon be seen in ‘Splitsvilla 13’ with actress Sunny Leone.