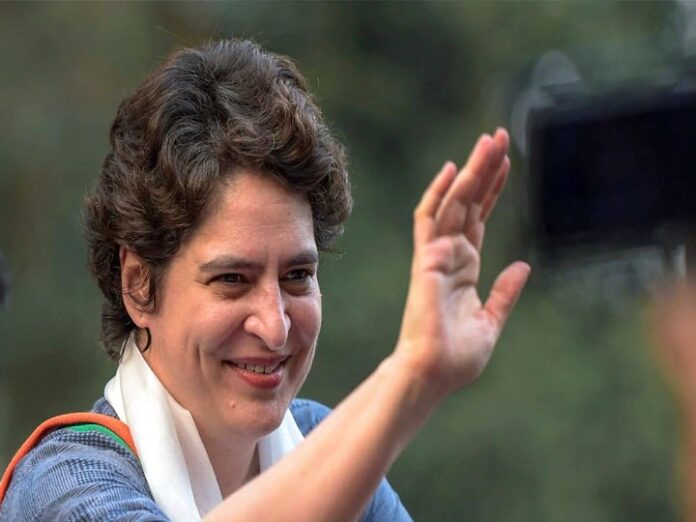 New Delhi: While all political parties have put their lives in the assembly elections of five states including Bengal, Congress General Secretary Priyanka Gandhi has started emphasizing her mission Uttar Pradesh. After reinvigorating the party structure to the village level, Priyanka is now going to start the ‘Jai Jawan-Jai Kisan’ campaign in UP. Priyanka will start this campaign on Wednesday from Saharanpur in Uttar Pradesh. A few days before this, Priyanka Gandhi had also gone to Rampur in Uttar Pradesh to join the last ardas of Navrita Singh, a farmer who lost his life in the farmers movement.

While on one side the farmers’ movement is sitting on the Ghazipur border, on the other hand, the Congress has decided the outline of the village-village farmer movement. The Congress is starting the Jai Jawan-Jai Kisan campaign from the big villages of the tehsils of every district. With this campaign, the Congress is working on a strategy to build a strong hold among the peasant castes, especially Hindus, Muslims, Jats and Gurjars.

The
Congress will run strongly in the districts of western UP and Terai, under this campaign, the Congress has given special attention to those districts where strong farmer politics has been the basis. At the same time, the peasant movement has had a significant impact in these districts. Jai Jawan Jai Kisan campaign from 27 districts including Saharanpur, Shamli, Muzaffarnagar, Baghpat, Meerut, Bijnor, Hapur, Bulandshahr, Aligarh, Hathras, Mathura, Agra, Firozabad, Badaun, Bareilly, Rampur, Pilibhit, Lakhimpur Kheri, Sitapur, Hardoi Is being started