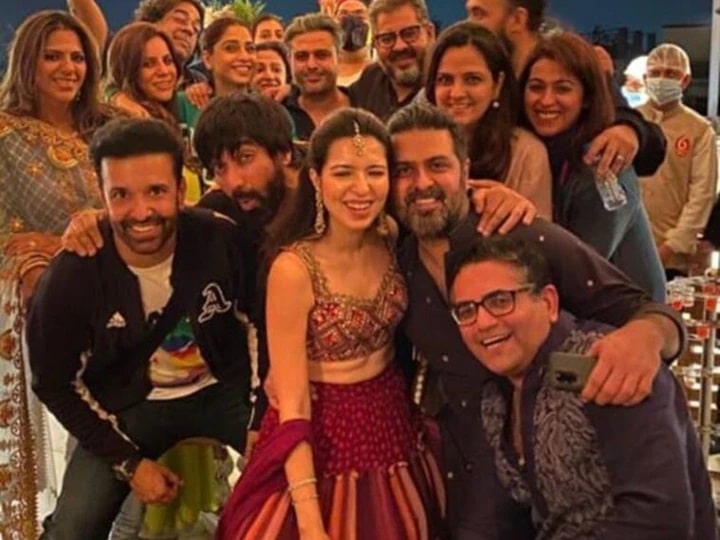 Harman Baweja, who has made his own identity in the Bollywood industry, is going to marry his fiancee Sasha Ramchandani on 21 March. Harman started his career with the 2008 film Love Story 2050. At the same time, the preparations for Harman’s wedding are in full swing. On the previous day, Harman and his friends had a fierce cocktail party. At the same time, party pictures are now becoming increasingly viral on social media.

Sasha Ramchandani is a nutrition coach by profession. In the month of December last year, Harman and Sasha got engaged in Chandigarh. During this time, his close friends and relatives were also present. People of both the families are joining this marriage. At the same time, people of the industry can also attend this wedding. Sasha is also seen between Harman and his friends in a photo that is going viral on social media. Everyone is seen enjoying this party very well.

Know who is Sasha Ramchandani

Sasha Ramchandani is a nutrition health coach. It is also said that she is a friend of actress Sagarika Ghatge. Ramchandani is a wellness coach who runs a page called ‘Better Balanced Self’ on Instagram. By the way, Harman and Sasha kept their relationship away from the eyes of the people. He even got engaged in the presence of very close people.

A look at Harman’s journey so far

Harman made his Bollywood debut in 2008 with the Priyanka Chopra starrer film ‘Love Story 2050’. The film failed to perform well at the box office. Later, he has worked in films like ‘Victory’, ‘What’s Your Rashi’ and ‘Dishkiyaun’. The film ‘Dhishkiyaun’ was released in the year 2014. After this film, Harman did not sign any film.