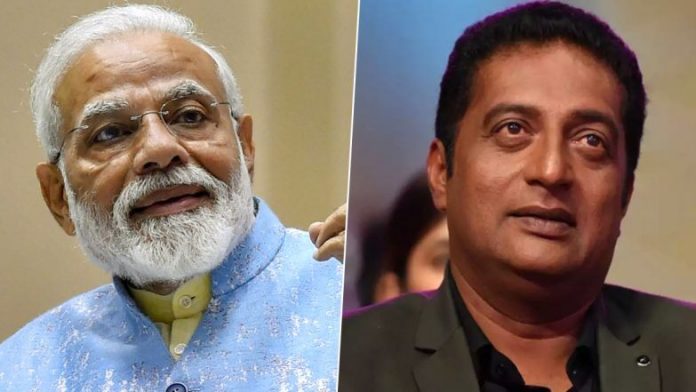 Prime Minister Narendra Modi was recently seen cleaning at Mamallapuram Beach. A video of him appeared on social media in which it was seen that PM Modi (PM Modi) is picking up garbage in the middle. It is being told that PM Modi had gone for a walk in the morning when he saw that there is a lot of garbage lying there. In such a situation, he started cleaning himself.

After watching the video, now South’s well-known actor Prakash Raj has questioned the security of PM Modi on Twitter. He wrote, “Where is the security of our leader … Why did you leave him with the cameraman to clean the akale … When the foreign delegation is here, how dare you that you did not clean the area Ki … I’m just asking. “

In his tweet, Prakash Raj has questioned the concerned departments about their work. Let us tell you that Prakash Raj has been keeping his opinions on political and social issues with utmost care.

Significantly, PM Modi shared his video on social media platforms, including Twitter and gave a message of cleanliness to the people. After his video surfaced, people started giving different responses on the Internet.