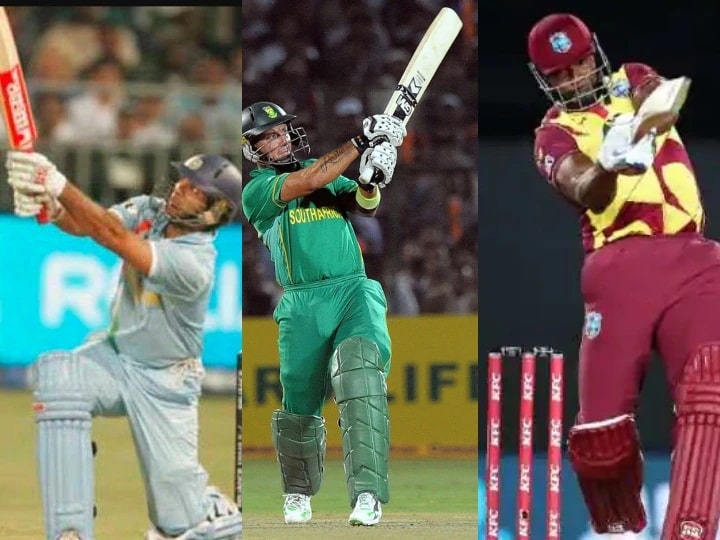 On Wednesday, in the first match of the T20 series played between Sri Lanka and West Indies, Kieron Pollard made a record of hitting six sixes in 6 balls. Pollard played an important role in helping the team win by playing an innings of 38 runs. In the third over of Sri Lankan bowler Akila Dhananjay, Pollard scored 36 runs while batting. Kieron Pollard has now become the third cricket to hit 6 sixes in 6 balls.

Yuvraj Singh created history in world cricket on 19 September 2007. On this day, Yuvraj hit six sixes off six balls in the same over of England fast bowler Stuart Broad and he became the first batsman to do so in T20. Yuvraj made this history in the T20 World Cup match played in South Africa. In the match played at the Kingsmead Stadium in Durban, Yuvraj’s bat thundered in the 19th over of the Indian innings and six sixes came off his bat. With the help of these six sixes, Yuvraj scored an innings of 58 runs from just 14 balls, due to which India scored 218 runs in 20 overs. His innings proved to be effective in the result of the match and India stopped England for 200 runs for six wickets and won the match by 18 runs.

Herschelle Gibbs had 6 sixes against Netherlands

In the ODI match played against the Netherlands, South African batsman Herschelle Gibbs set a world record by hitting 6 sixes in 6 balls. Gibbs hit 6 sixes in the leg-spinner Dan van Bunge’s over. The South African camp was also very happy with Gibbs’ feat. At the same time, the coach said that his strength can be gauged from Gibbs’ shots.