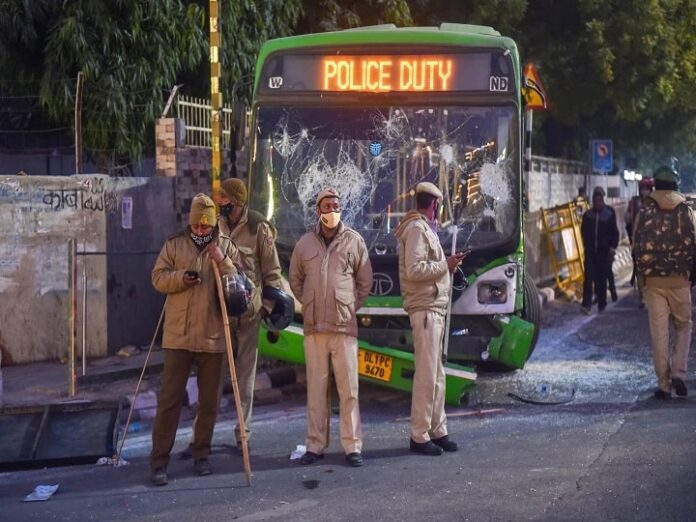 New Delhi: On January 26, violence took place in the capital Delhi. The tricolor was insulted at the Red Fort, while around 394 Delhi Police personnel were injured in this violence. Some of them are still hospitalized. One of these jawans is also DCP North operator Constable Sandeep, who was badly injured in this violence. In a special conversation with ABP News, Constable Sandeep told that his duty was with DCP North that day. Top officers of DCP and Police were present at the Red Fort, when the tractors of the farmers reached there and broke the barricade and entered inside the Red Fort.

Constable Sandeep says, ‘DCP sahib and all the high officials were present there. The farmers came by tractor and broke the barricade of the Red Fort and stood in the courtyard of the Red Fort and a large number of farmers reached the Rampaid, from where the Prime Minister makes a speech. Senior officers were talking to them to unload them there, but those people were not coming down and were creating trouble.

Sandeep told, ‘There were thousands of people. The commotion lasted a long time. The police stopped and those people kept on killing. Nobody was ready to understand. Our high officials were explaining in a very restrained manner and we were also briefed that we have to talk to them very sparingly so that the Innocent people there are not harmed in any way. The Red Fort is our historical heritage, any event happening there poses a problem for the nation.

Sandeep said, ‘I myself am the son of a farmer but farmers are not so violent. If an animal enters the field, we do not kill it either. I do not think the farmer will ever be killed. With this, Sandeep told that Home Minister Amit Shah also came to meet. He encouraged a lot and said that you have done very good duty. With this, he asked to get well soon and be posted in the security of Delhi.

He said, ‘It is only with your hard work and efficiency that we have been able to stand up to the challenge of the farmer movement. In the violence in the peasant movement, 394 of our companions have been injured. Some are being treated in the hospital right now. I myself came to the hospital with the injured colleagues to know about their well being. Everyone is getting good treatment. Delhi Police is committed to his good health and treatment. I want to tell you that the next few days can be very challenging for us. That is why we need to be vigilant. We all have to maintain our patience and discipline. I thank you for your patience and patience.