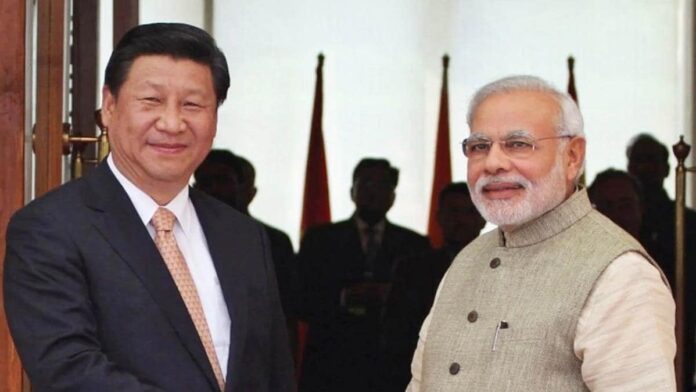 During the Corona period, the 12th BRICS Summit is being organized this time through video conferencing. The 12th BRICS summit will be held virtually on 17 November. According to the information, the heads of the two countries are going to meet during the last long-standing border dispute between India and China on the LAC.

It is being told that on November 17, for the first time, Indian Prime Minister PM Modi and Chinese President Xi Jinping will be face-to-face amid tension on the LAC. However, the meeting of the two will be virtual through video conferencing.

The theme of the meeting of the leaders of BRICS countries at this year’s summit is “BRICS participation for global stability, shared security and innovative development”. The main objective of the presidency of Russian BRICS in 2020 is to contribute to multilateral cooperation between BRICS countries and to raise the standard of living of our people. This year the five countries have continued close strategic partnership on key pillars: peace and security, economy and finance, cultural and people-to-people exchanges.

Anton Kobayakov, an advisor to Russian President Putin, said about this, “Despite the current global situation due to the spread of corona virus infection, BRICS activities under the chairmanship of Russia in 2020 are being conducted in a consistent manner.”

Let us tell you that efforts are being made by both the countries to reduce the tension on the border of India and China. Meanwhile, the Indian Air Force has also increased its vigilance to counter every move of China. In such a situation, if China withdraws from the agreement to withdraw the army, not to increase the military strength on the border, then India has also prepared for that situation.

According to the information, the Air Force has increased its efficiency in the border area. In the Hanley area of ​​Chumar near Ladakh, the Air Force is preparing in a big way. In this, along with the current difficulties, all the preparations for the winter are being tested, because there is still the possibility of a long hall.