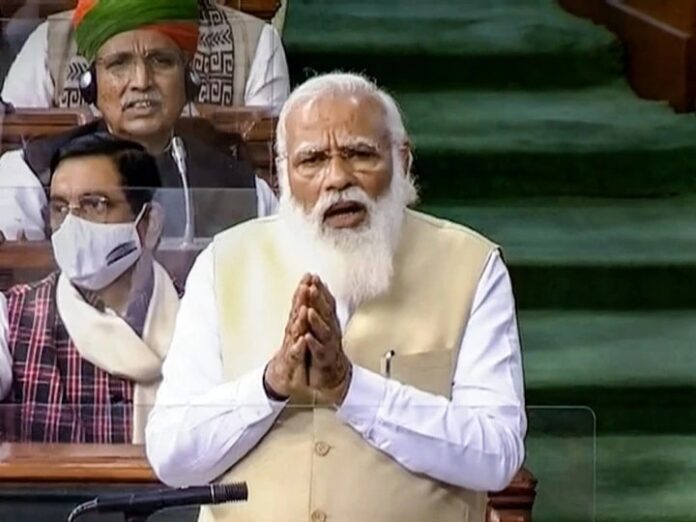 Prime Minister Narendra Modi on Wednesday defended the private sector in the Lok Sabha and said that it is not appropriate to abuse him. He said that if the public sector is necessary for the country, then the private sector is equally important. PM said that if the government encouraged mobile manufacturing, the result was that mobile is reaching the poorest of the poor today. He said that due to telecom competition, today the cheapest data in the world is available in India in the world. Among them, the private entrepreneur has the biggest role.

PM said – Will Babu do everything ?

Prime Minister Modi said that he may have got votes in the past by speaking against the private sector, but those times have now passed. Now the culture of abusing the private sector is not acceptable. We cannot insult our youth in this way.
PM Modi said in Bhojpuri

Speaking on the new agricultural laws, PM Modi said that the people who ran the country for so many years, it is not that they did not understand the farmers. Citing an old statement by Sharad Pawar, PM Modi said that he is talking right away today.

The Prime Minister further said that when Pawar was asked the question, regarding the complicity in the mandis, Pawar had said at that time that the APMC Act was being promoted only to protect the farmers. PM Modi believes in developing politics. After that, the PM while referring to the Bhojpuri proverb said – Kheleb na khele deb, kheleve spoil. That means neither I will play nor will I play, but I will spoil the game. Now the PM tweeted his video again and repeated the same thing.