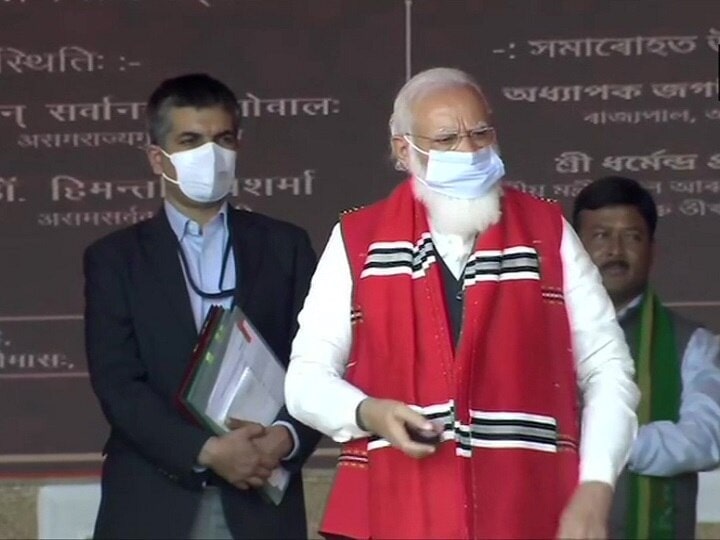 New Delhi : Emphasizing on becoming self-reliant in the defense sector, Prime Minister Narendra Modi said that the indigenous fighter aircraft, LAC Tejas was deliberately kept up to files. Prime Minister Narendra Modi cursed the previous governments and said that the emphasis was on importing weapons since independence, due to which the Swadeshi defense industry could not flourish. Addressing a webinar organized on the defense budget, PM Modi said that before independence we had hundreds of ordinance factories here. Even in both the World War, a large number of weapons were sent from India. Whereas now the situation is that we have to look at the world for small arms (gun, rifle etc.).

The PM said that there was a time when even indigenous fighter aircraft, LCA Tejat were included in the files. But the situation has changed since 2014, that is, since the Modi government has come. The Prime Minister said that his government has recently ordered 83 indigenous fighter aircraft for 48 thousand crore rupees, which will benefit a large number of MSMSE ie Micro, Small and Medium Enterprises.

The PM said that with the formation of CDS, the defense process has worked very fast. For the first time in nearly a decade and a half, the capital outlay of the defense budget i.e. capital expenditure has increased by 19 percent. He said that the self-sufficient campaign of the government is also getting the support of the armed forces.

The PM referred to the sentences written in the Army Training-Grounds, where it is written that ‘Sweat swept in peace, prevents blood from flowing during war’. But the PM said that “the prerequisite for peace is pre-requisite is valor, preconstruction of valor is capacity and capacity is the pre-condition of strength.”

During this, while addressing the webinar, Defense Minister Rajnath Singh said that this year, 63 percent of the budget i.e. around 70 thousand crore rupees (70221 crore) has been kept for indigenous weapons. He said that last year it was about 50 thousand crores.

According to the Defense Minister, the result of our government’s efforts is that in the last six years, India has increased arms exports by about 700 percent. According to Sipri’s report, India has now come in the category of top 25 countries exporting arms.

UPSESSB TGT PGT Recruitment 2021: Recruitment of 15508 posts of TGT-PGT is going to start this week