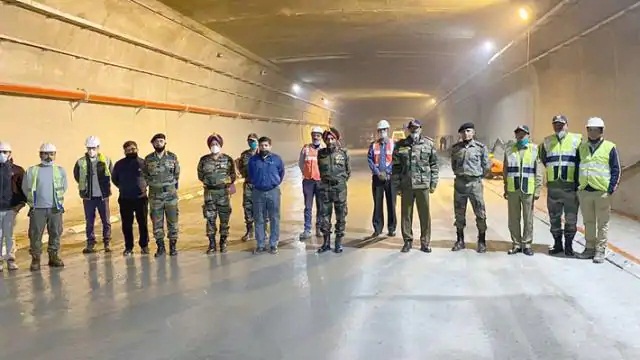 Today the world’s longest highway tunnel has been inaugurated. Prime Minister Narendra Modi inaugurated the strategically important all-weather open Atal tunnel in Rohtang, Himachal Pradesh on Saturday morning. Due to the opening of this Atal tunnel, the distance between Manali and Leh was reduced by 46 kilometers. After the inauguration ceremony, PM Modi will take part in a public function in Lahaul Spiti’s Sisu and Solang Valley.

Actually, the Atal Tunnel is the longest highway tunnel in the world and the 9.02 long tunnel will keep Manali connected to the Lahaul Spiti Valley for years. Earlier, the valley was cut off from the rest due to heavy snowfall for six months. The tunnel is built at an altitude of about three thousand meters above sea level with state-of-the-art specialties among the mountain ranges of Pir Panjal in the Himalayas.

The southern portal of the Atal Tunnel is built at a height of 3060 meters at a distance of 25 kilometers from Manali while the northern portal is located at an altitude of 3071 meters near Taling, Sisu village in Lahaul Valley. The horseshoe-shaped two-lane tunnel has an eight meter wide road and has a height of 5.525 meters.

The Atal tunnel has been designed for 3,000 cars and 1500 trucks per day with a maximum speed of 80 kmph. The government of Atal Bihari Vajpayee had decided to construct this strategically important tunnel under the Rohtang Pass and the foundation stone of the connectivity route was laid on 26 May 2002 on the southern portal of the tunnel.

In December 2019, the Modi government decided to name the tunnel as Atal Tunnel in honor of the former Prime Minister, who died last year. From this tunnel, 3000 cars and 1500 trucks will be able to come at a speed of 80 km per day. Extensive arrangements have been made in the tunnel for fire fighting, illumination and surveillance.

The decision to construct this historic tunnel under the Rohtang Pass was taken on June 3, 2000, during the tenure of former Prime Minister Atal Bihari Vajpayee. Its foundation stone was laid on 26 May 2002 and since then the Border Roads Organization was engaged in completing it despite all adverse conditions. The tunneling work in the 587 meter area in Seri Nala Fault Zone was the most challenging and was completed on 15 October 2017.

After becoming Prime Minister, Narendra Modi visited the construction site in 2014 to take stock of the construction work. On 24 December, the Union Cabinet chaired by PM Modi approved the name of this tunnel as Atal tunnel instead of Rohtang tunnel for Vajpayee’s contribution. 40 percent of the tunnel work has been completed in the last two years and its construction has cost Rs. 3200 crores.