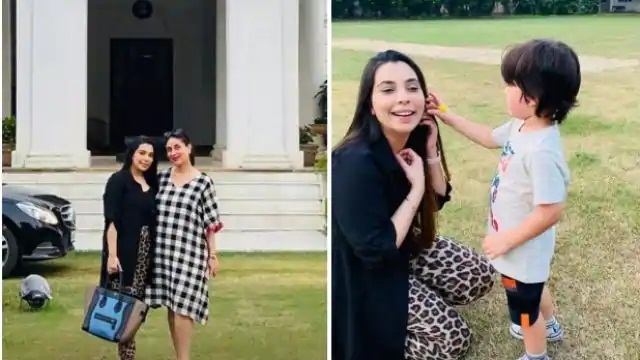 On social media, Ashlyn S. Jolly shared some of her photos with Timur, writing, “Finally, I met my Spanish student, offscreen.” In addition, Ashlyn also created a heart emoji. In the first photo you can see that Timur is posing with his teacher in the lawn and is seen putting yellow flowers in his hair.

Mukesh Khanna told the Kapil Sharma show, said- Yes, I refused to be a part of Mahabharat special episode

Please tell that Kareena is currently in Gurugram with Kapoor Khan, Saif Ali Khan and Taimur Ali Khan. She has arrived in Delhi to complete the shooting of Aamir Khan’s film ‘Lal Singh Chadha’. Soon, Kareena and Saif are going to become parents for the second time.