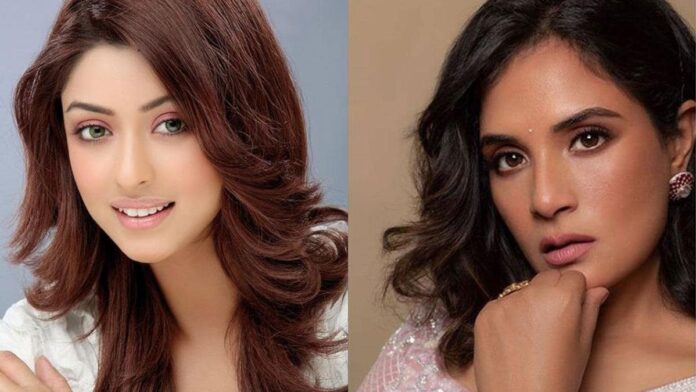 After actress Richa Chadha filed a defamation case, Payal Ghosh is now seen getting caught in legal trouble. Whereas Payal’s lawyer Nitin Satpute said that Payal is ready to apologize to Richa. She will also withdraw her statement. On the other hand, Payal himself has denied this by tweeting.

Payal Ghosh was given time on 7 October to appear in court again. On this matter, Payal’s lawyer Nitin Satpute put forward the matter of resolving the case, keeping Payal’s side. He told that Payal is ready to apologize to Richa and withdraw his statement. However Payal’s tweet is pointing to something else. He wrote- ‘I am not apologizing to anyone. I am not wrong, nor have I made a wrong statement about anyone. I just said what Anurag Kashyap told me. #SorryNotSorry ‘.

Earlier, Payal wrote in another tweet – ‘I have nothing to do with Miss Chadha. As women, we should stand shoulder to shoulder with each other. I deliberately do not want to hurt them or myself in this matter. My fight for justice is only with Mr. Kashyap and I just want to focus on him. Let the world see their real face ‘.

These tweets of Payal are telling that he is not in the mood to apologize, while his lawyer has said something else. Despite being on the same side, the statements of the two are different.

The court has also asked Kamal R Khan’s lawyer Manoj Gadkari in this case. It has been asked from the court whether Kamal is ready to withdraw his statement or not. At present, Kamal’s lawyer has asked for some time to think on this. He says that the things Payal has kept against Richa, the same point has also been kept by Kamal.

It is known that Richa Chadha has filed a complaint against Kamal R Khan in addition to Payal Ghosh in the defamation case filed in court. Richa has filed a defamation case of Rs 1.1 crore on him. On Tuesday, 6 October, the Bombay High Court gave the hearing a date of 7 October, keeping the decision safe. According to the court, notices were not given to those against whom the case was filed, so they were given a day to appear in the court.

What is the case of Payal-Richa

Let us know when Payal Ghosh accused Anurag Kashyap of sexual exploitation, then he said that there are many actresses who are ready to do anything to work with Anurag. Payal had named Richa Chadha, Mahi Gill and Huma Qureshi in those actresses. On this statement of Payal, Richa has filed a defamation case against him.