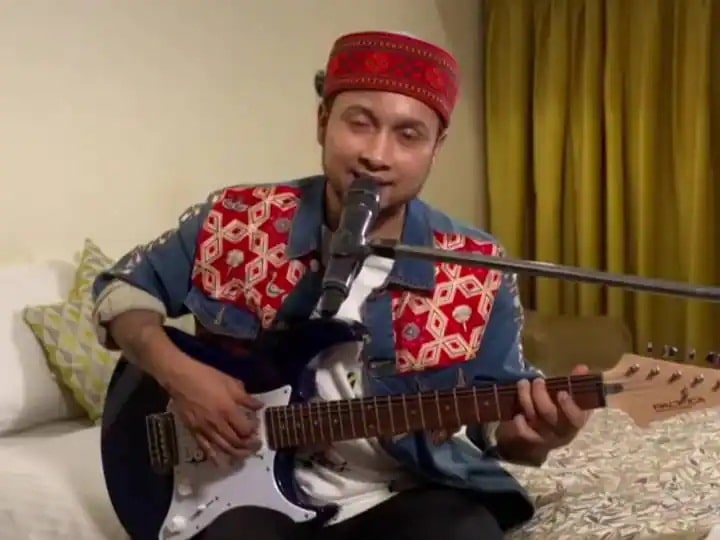 The most talented contestant of TV’s popular singing reality show ‘Indian Idol 12’, Pawandev Raj has been infected with the corona virus. These days he is in Quarantine. Recently, when Anandji came as a guest in an episode of the weekend show, Pawandeep gave his great performance from the Quarantine Room.

Pawandeep performed on the Quarantine Room Sasuke Guitar as well as ‘O Saathi Re Tere Bina Bhi Kya Jeena’ and ‘Aur Dil Ke Kya Hai’. Seeing the performance of Pawandeep in both these songs, other contestants along with Judge Vishal Dadlani, Neha Kakkar and Himesh Reshammiya were quite happy and gave a standing ovation. Along with this, Anandji also appreciated him.

On the performance of Pawandeep, all the contestants were seen clapping continuously. Not only this, one of his contestants Arunita Kanjilal was also seen clapping loudly. Let us know that ‘Indian Idol 12’ is in its last phase. Many contestants have been eliminated from the show.

Recently, Contestant Nachiket Lele Evict has become from the show. This has spread resentment among his fans. Along with Nachiket, the other two contestants Sawai Bhatt and Mohammed Danish were eliminated for the aviation. Unfortunately Nachiket Lele was shown the way out as he received very few votes.

The allegations of bias on the judges are baseless

Nachiket Lele has given an explanation on this in an interview. He said that he had a bad day. He told that there was a lot of mental pressure on him to sing along with acting at the same time. He has dismissed the allegations of bias against the judges as baseless.