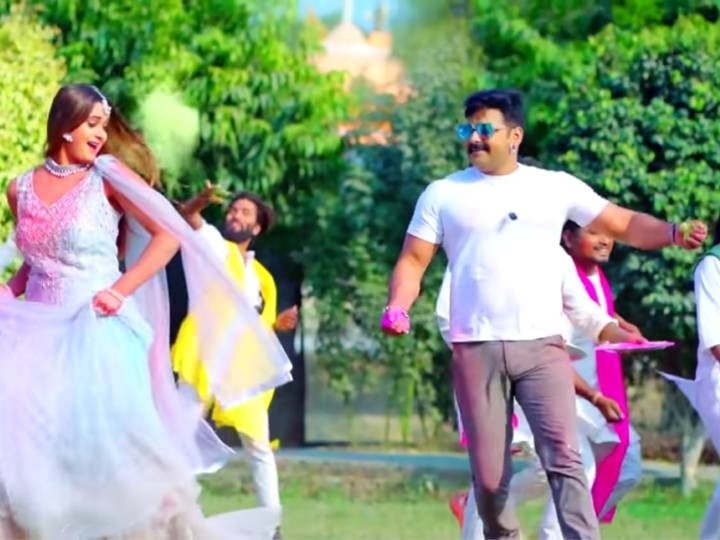 Pawan Singh and Neelam Giri are both playing Holi in a romantic style and color each other. This song has become superhit as soon as it arrives. The lyrics of this song are very cute. Its lyrics have been written by Arun Bihari, while its music has been given by Chhote Baba. Its music is also very good. This song by Pawan Singh is choreographed by Rahu and Ritwik and its video director is Ravi Pandit.

Watch here this song of Pawan Singh and Neelam Giri-

‘Lhangwa Lass Lass Kataa’ Holi Song was launched on the YouTube channel of worldwide record Bhojpuri last month. In this month itself, this song of Pawan Singh and Neelam Giri has received more than seven crore i.e. 71,012,280 views.

Pawan Singh achieved popularity with this song,
so Pawan Singh’s career started in 1997 but he has a song that made Pawan Singh a superstar Pawan Singh. Pawan Singh pulled out a song in the year 2008. The title was “Lollipop LaGelu”. When this song was released, it slowly created such a buzz that it started ringing in every party of UP Bihar. Over time, its popularity grew even more and today this song has crossed not only the borders of Bihar but also the borders of India.