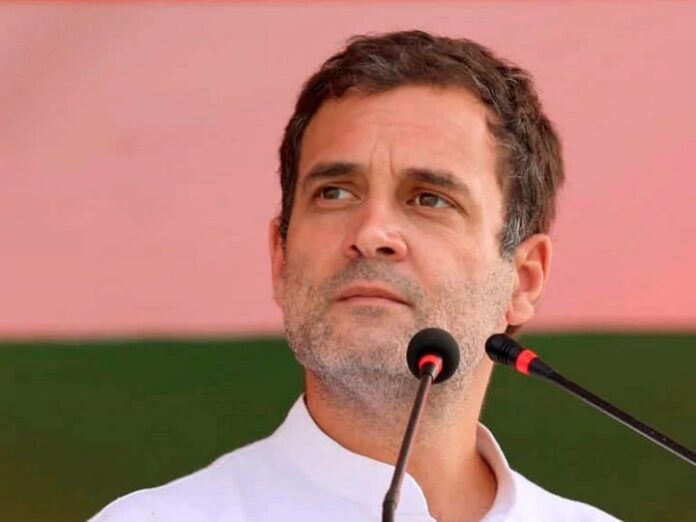 New Delhi: Delhi Congress has passed a resolution to make Rahul Gandhi the president of the party with immediate effect. Delhi Pradesh Congress Committee President Anil Chaudhary said that only Rahul Gandhi can inspire Congress workers. From farmers to GST, his prediction is proving true. He has shown his leadership ability. So we passed a resolution to make him Congress president again.

Delhi Pradesh Congress Committee said in its proposal that the country is going through a difficult phase today. The Modi government at the center has simultaneously attacked the democracy, economy, social and religious fabric of the country. One by one all the constitutional institutions are failing to discharge their responsibilities, the institutions are being used to silence personal malice and political opponents.

The resolution further said, “Rahul Gandhi has always warned the country against the imminent threat. Whether it is about the Korna transition or whether the lockdown has far-reaching effects, but the present governments have always ignored the consequences of which the country Today the economic recession is going through problems like unemployment. ”

With this, the Delhi Congress Pradesh Committee said, “Even during the tenure of Congress President, Rahul Gandhi had warned the country in the Parliament with the intention of early demonetisation, impact of GST and farmers on the present government, and as a result Three black laws are in front of the country today.