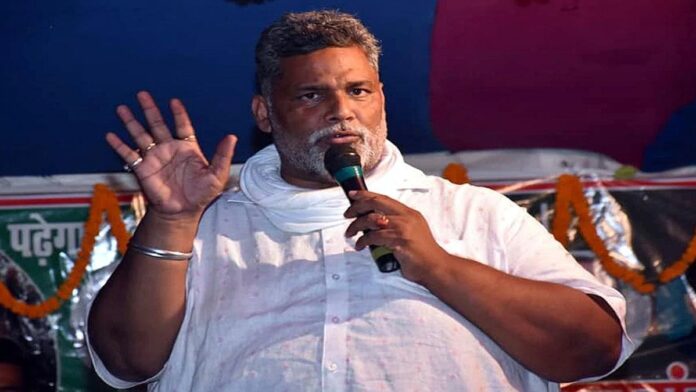 In Patna, Pappu Yadav, president of the Jan Adhikar Party, attacked the JDU and the BJP fiercely. He alleged that it is the nature of almost all the leaders to kill the workers and break their dreams. During this, he demanded an inquiry into the murder of RJD leader Shakti Malik. He said that in this case there should be a CBI inquiry under the supervision of the High Court.

On the RJD leader’s murder, Progressive Democratic Alliance (PDA) convenor Pappu Yadav said that it should not be made a Dalit issue. He accused the JDU and BJP in this case that both parties have insulted Ramsundar Das to Ramai Ram and Uday Narayan Chaudhary to Jeetan Ram Manjhi. He alleged that almost all politicians have a desire to kill workers and break their dreams. He said that in politics there is no limit to becoming a money-animal.

Shakti Malik’s murder should be investigated

Accusing Pappu Yadav of putting the development money in the election, he said that the election commission should either adopt the earlier process or stop the election. The ‘Jaap’ president said that almost every party does business of selling tickets. He demanded the cancellation of registration of guilty parties in such a situation.

Seat, place and candidate will be announced on Tuesday