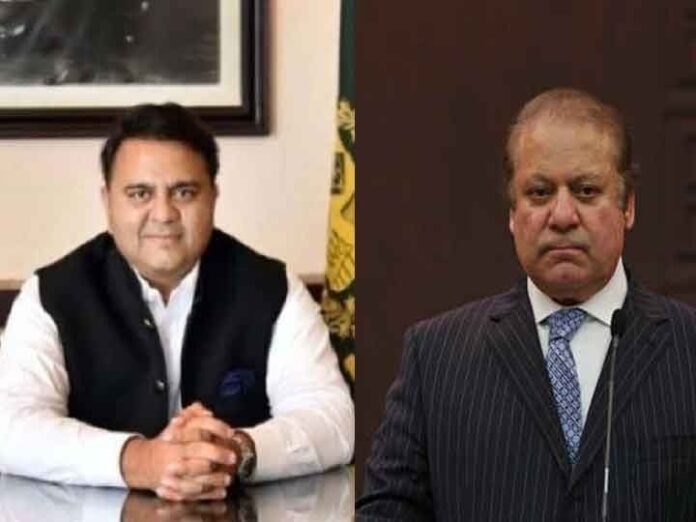 Islamabad : Pakistan’s Science and Technology Minister Fawad Chaudhary has accused the former Prime Minister and PML-N Nawaz Sharif of taking $ 10 million from terrorist Osama bin Laden. Speaking in the Pakistani parliament, Fawad said that Nawaz Sharif took $ 10 million from Osama, which the world was afraid of and he also ate the money.

This is not the first time Nawaz Sharif has faced such allegations. Earlier, a former Pakistani diplomat Abida Hussain had made a sensational allegation that Osama bin Laden, the terrorist group al-Qaeda leader, had supported the former Prime Minister Nawaz Sharif and provided him with money.

Abida Hussain, who was a member of Sharif’s cabinet, said during an interview to Geo TV, “Yes, he (Osama) had once supported Mian Nawaz Sharif. That is a complicated story. He (Osama) used to give financial assistance to Sharif. ”

The channel reported that Hussein said that bin Laden was popular at one time and everyone, including the US, liked him, but later all kept away from him. Hussain was hinting at the Soviet-Afghan war in the 1980s, in which Laden fought against Soviet forces in conjunction with terrorist groups known as Mujahideen. Laden was killed by the US Army in Abbottabad, Pakistan in May 2011.

Let me tell you that a member of the Tehreek-e-Insaf party last week alleged that Sharif had taken $ 10 million from Laden to topple the Benazir Bhutto government. Quoting the book written by Bhutto, Farrukh Habib had said that Sharif’s daughter Maryam Nawaz should read this book.

Habib had said, “It is written on page number 201 that his father Nawaz Sharif laid the foundation of foreign money in the country and used one million dollars from Osama bin Laden to bring a motion of no confidence to the Benazir Bhutto government.” He has been in London since November 2019, after Nawaz Sharif received permission from the Lahore High Court to leave the country for treatment.