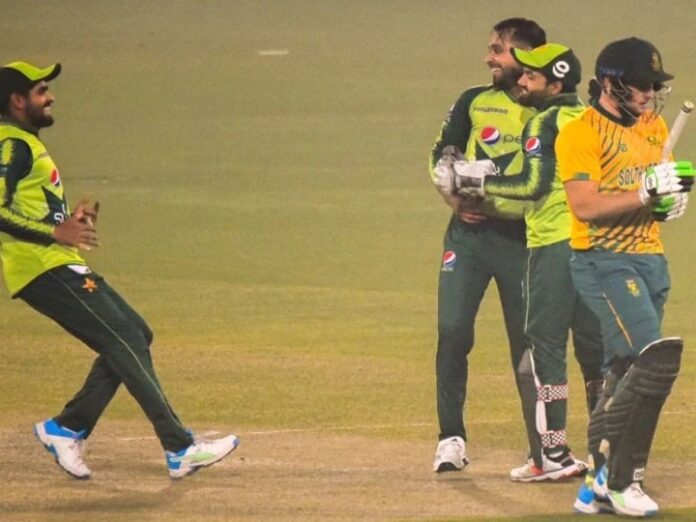 PAK Vs SA: Pakistan won by three runs in the first Twenty-Twenty match against South Africa. In the most exciting match, the hero of Pakistan’s victory was wicketkeeper batsman Mohammad Rizwan who scored the first century of his T20 career. With this victory, Pakistan has taken a 1-0 lead in the three-match series.

Pakistan won the toss in the first T20 match and decided to bat. Rizwan accompanied captain Babar Azam to take charge of the opening. Pakistan started badly and Babar Azam returned to the pavilion without opening an account. But Rizwan stood firmly on one end.

Rizwan scored an unbeaten 104 off 64 balls with the help of six fours and seven sixes. In 20 overs, Pakistan managed to score a challenging score of 169 for six wickets. Hyder Ali (21) was the second big score after Rizwan.

Reza Hendrix (54) and Jaaneman Malan (44) gave South Africa a good start by adding 53 runs for the first wicket. But the middle-order of the South African team suffered a setback. Although the lower order batsmen kept the hopes of South Africa, but in the end, they could reach 166 runs for six wickets.

South Africa needed 19 runs in the last over. Dwayne Pretorius (15 not out) hit Fahim Ashraf for six. Björn Fortune (17 not out) sent the fifth ball for four runs. South Africa needed six runs off the final ball to win, but Fortune could manage only two runs.

The second T20 match of the three-match series between Pakistan and South Africa will be played on 13 February in Rawalpindi.