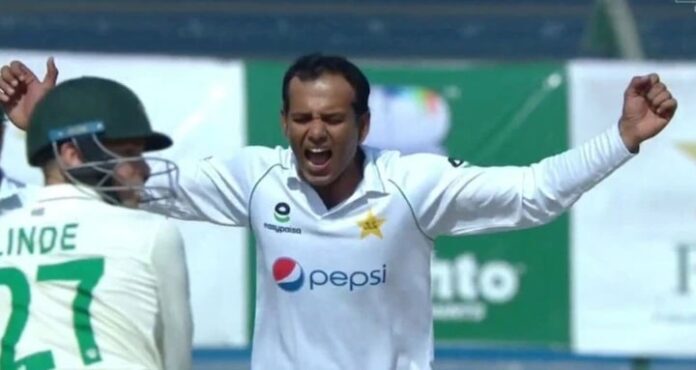 Left-arm spinner Nauman Ali ensured Pakistan’s seven-wicket win against South Africa in the first Test played at the National Stadium here on Friday. Nauman took five wickets while Yasir Shah also took four wickets. Thanks to this, Pakistan bowled South Africa for 245 runs in the second innings and then chased down the target of 88 to take a 1-0 lead in the two-match series with an easy victory.

The visitors, who started the day for 187 runs for four wickets, were dismissed by adding 58 runs to their total. Aiden Markram scored 74 and Racey van der Dussen scored 64. Apart from these, no other South African batsman could last much longer at the crease.

In the first innings, the visiting team was piled on for 220 runs in response to Pakistan’s 378 runs, with the hosts taking a 158-run lead. Left-handed batsman Fawad Alam had scored a stunning 109, while Faheem Ashraf and Babar also made useful contributions of 64 and 51 respectively.

Nauman took seven wickets for 73 runs in the entire match while Yasir took a total of seven wickets for 133 runs. Now the two teams will face each other in Rawalpindi in the second and final Test starting on February 4.