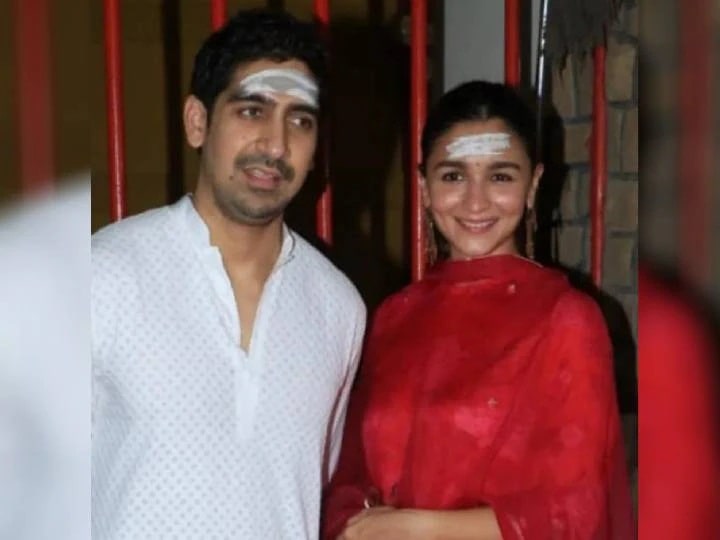 On the occasion of Maha Shivaratri, celebs from the Bollywood industry greeted the fans through social media, while some celebs went to the temple to seek the blessings of Lord Shiva. Alia Bhatt was also spotted outside the temple. He was accompanied by the director of the film ‘Brahmastra’ and his friend Ayan Mukherjee. Alia’s boyfriend and actor Ranbir Kapoor is infected with Corona virus, so he did not appear with them.

Ranbir is a quarantine at home. Alia also got her corona test done, the report of which came negative. On the day of Shivaratri, Aaliya and Ayan took the blessings of Lord Shiva. Two videos of both are going viral on social media. In one video, both are going inside the temple, while in the second video, both are coming out and posing for paparazzi.

Aaliyah was seen in a traditional outfit
In this video, we can see that Alia is wearing a traditional red outfit during this time. He has a mask that resembles this outfit on his mouth. Ayan is also with him. Both are going to worship in the temple together. She does not say anything during this time. Later both return after worshiping.

Alia asked for this wish
This time, Tilak is placed on his forehead like Lord Shiva. Aaliya and Ayan take off their masks and pose. At the same time, a paparazzi asks Aaliya that you have asked for a special on this special occasion. Alia says that she cannot share it. Alia’s answer makes people present there laugh.

Bollywood’s expensive film
‘Brahmastra’ also stars Bollywood superstar Amitabh Bachchan and Telugu superstar Nagarjuna along with Mouni Roy. Nagarjuna recently told on Twitter that he has completed the shooting of the film. Please tell that it is being told as the most expensive film of Bollywood. Its budget is 500 crores rupees. The film will be released in three parts. Very soon its first part will be released.