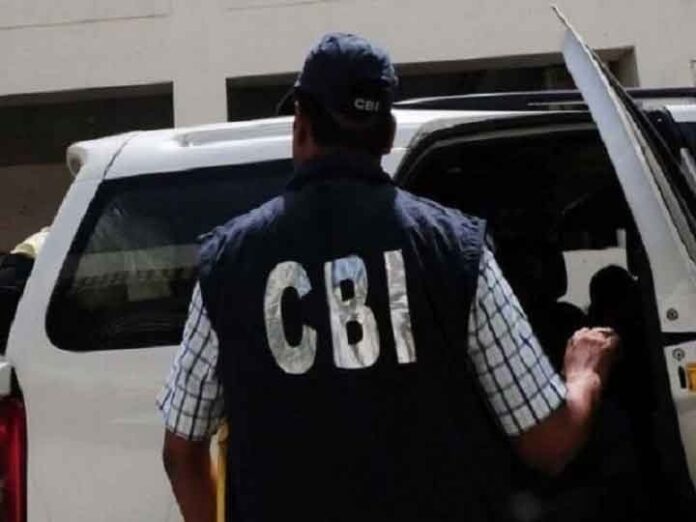 New Delhi: The former SP government of Uttar Pradesh is once again on the target of the CBI. The CBI has registered a case against 10 people, including the then District Magistrate, under various criminal sections for leasing mining leases in Kaushambi district of Uttar Pradesh. The CBI also raided 9 places in this case and 44 immovable property documents during the raid. Recovered jewelery and cash worth crores of rupees. The CBI claims that 36 bank accounts and 6 lockers have also been found in the name of the relatives of the former District Magistrate.

According to CBI spokesperson RK Joshi, the CBI has registered this FIR under the order of the Allahabad High Court, in which the High Court had directed the CBI to investigate the illegal mining etc. and in this regard, the CBI has already registered several cases. According to the CBI, the people against whom the CBI has filed a lawsuit today include Satyendra Singh, the then District Magistrate and now retired IAS officer of Kaushambi district of Uttar Pradesh, Nepali Nishad, Nar Narayan Mishra, Ramakant Dwivedi, Khemraj Singh, residing in Kaushambi. The names of unknown public servants are included, including Ram Pratap Singh, Munnilal Shiv Prakash Singh, Ram Abhilash and Yogendra Singh Samay.

According to the CBI spokesperson, in the case filed today, it is alleged that Satyendra Singh, while holding the post of District Magistrate of Kaushambi, allotted more than 9 leases to many people. These leases were related to mining. It is alleged that after keeping all the rules and laws in this case, these leases have been issued to private people on lease. It is also alleged that the e-tendering process adopted in this case also had many flaws.

So far there has been an allegation in this case that all the District Magistrates who issued these lease leases related to mining etc. at different times were all done at the behest of some big people sitting in the then SP government. It is also alleged that the SP government got this lease given to its favorite people by following all the rules and regulations. Later, after a lot of uproar in this case, the matter went to the High Court and after that the High Court handed over the investigation to the Central Bureau of Investigation. The Central Bureau of Investigation has registered more than 4 cases in this case so far, whose work is under investigation.

According to the CBI, a total of 9 places were raided at the locations of the accused in the case of Ghaziabad, Kanpur, Lucknow, Allahabad, Kaushambi etc. and during this raid, the CBI has recovered 44 property documents related to immovable properties. Apart from this, cash of Rs 10 lakh and fixed deposit of Rs 51 lakh were recovered. The CBI claims that in the names of retired IAS Satyendra Singh and his family members, about 36 bank accounts and keys of six bank lockers have also been found. CBI claims that gold and silver jewelery and old currency of about two crore rupees have also been recovered from these bank lockers.

According to the CBI, many important documents have also been recovered during the raid, the work of assessing is going on. According to CBI sources, many important people of the then SP government can also get trapped in the investigation of this case and they can be questioned by the CBI. Keep in mind that the Enforcement Directorate is also conducting its own investigation in this matter and the ED can also investigate this new case.