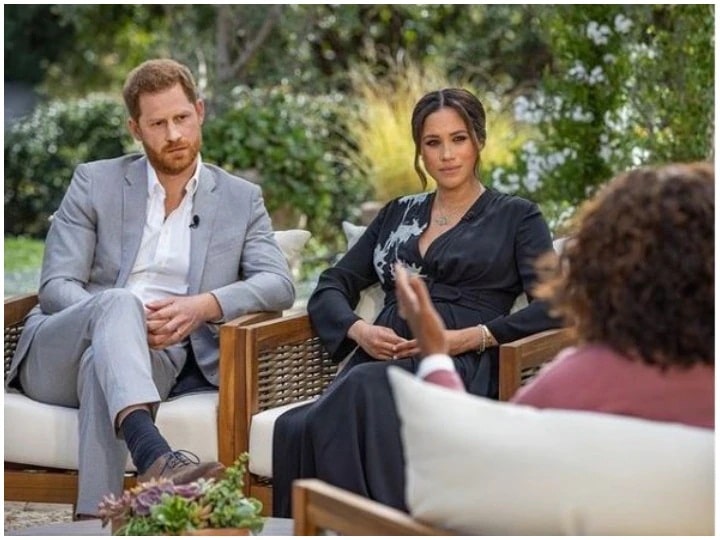 Meghan Markle and Prince Harry have been in the news since a 2-hour long interview with Oprah Winfrey. During this interview, Meghan made some shocking revelations about the Royal family. Meghan had revealed that a member of the royal family had expressed concern about the color of her son, Archie’s skin. Apart from this, Prince Harry and Meghan also shared the upheavals they have faced in personal life in the last 3 years.

Meghan told the other side of Kate Middleton’s cry story

Another incident that has been making headlines so far is the other side of the story of Kate Middleton crying. Winfrey had questioned whether Kate had made Rowe a ruckus between Kate Mildalt and Megan Merkel over the clothing of the Flower Girl. In response to this question, Meghan said, the sensational report was fake. The opposite was true. Kate was not happy about the flower girls’ clothes and this made me cry. However after this Kate sent flowers and notes for me as well as apologized. ”

Now, after this staggering side of the story, Harper’s Bazaar printed an email on Wednesday 10 March, linking it to the crying incident that Meghan had sent to the Palace. According to the portal, Kensington Palace requested that Prince Harry sign a statement against an “aggressive” report about his brother, Prince William, claiming the Duke of Cambridge to be “a constant bully”. Meghan’s email according to,

“Well, if we’re making a statement right now, maybe KP can set the record straight about me in Final (not to make Kate cry)” Meghan’s suggestion was ignored, and she politely declined It was told that Kate would not comment on useless gossip.

Pris williams said ‘we are not a very racist family’

After the interview of Prince Harry and Meghan, Prince William and Kate Middleton were first spotted, where Prince William was asked by a reporter the question whether the Royal Family is racist? Prince William said, “We are not a racist family at all.”