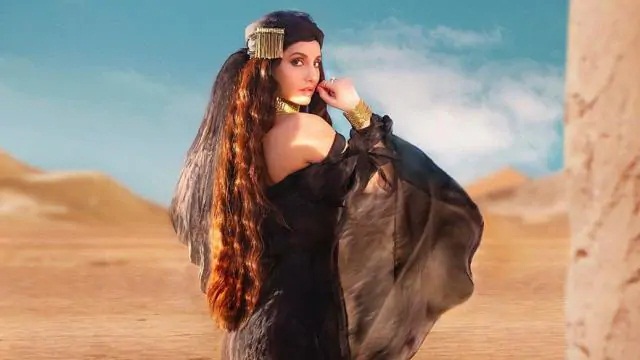 Nora Fatehi is also known for her stylish style apart from her dance. Nora keeps sharing photos of all her looks on Instagram. Fans love both their western and Indian looks. Recently Nora has shared photos on Instagram in a very different way. In this photo, Nora’s Banjara is in the look, looking at the desert background behind her, which looks like Nora is standing in a desert.

Nora’s golden headgear with a long black dress gives her a very beautiful look. Talking about hairstyle, Nora has given a wavy look instead of keeping her hair straight. On this photo, the fans are praising him by saying ‘Katil Hasina’. At the same time, some fans are also suggesting to get them photoshoot in Indian look.

Apart from the stylish style, Nora was in the news recently due to a video. Actually, a video clip of Terence Lewis, judge of reality show ‘India’s Best Dancer’, went viral on social media, in which judge Terence was seen touching Nora Fatehi in a wrong way. After this video went viral, social media users lashed out at Terence. Seeing growing hatred for himself, Terence shared a photo on Instagram and clarified himself through a story.