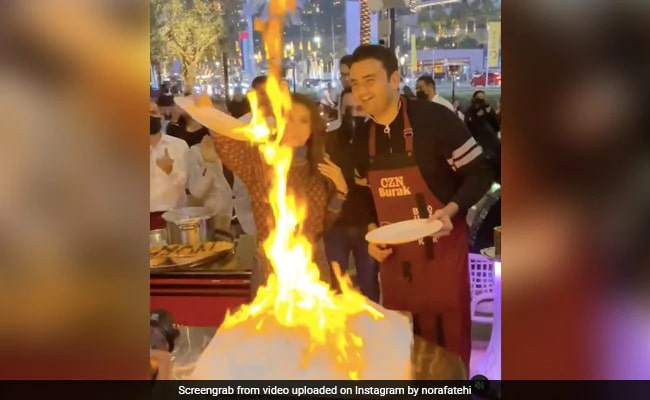 Nora Fatehi is always in the headlines for her stylish dance as well as her stylish style. However, these days the actress is trying her hand at new art. Actually, actress Nora Fatehi Video is seen taking training of the chef these days, whose video she has shared on her Instagram account. In this video, Nora Fatehi is seen cooking the dish with the chef. His excitement can also be seen clearly in the video.

In the video, Nora (Fatehi) is seen making different types of dishes. Sharing the video, he wrote in the caption, “This flip was absolutely on point. Thank you for this lovely surprise and such a good hospitality.” People are commenting a lot on this video of Nora Fatehi and giving their feedback.

Talking about the career of Nora Fatehi, a few days ago, the song ‘Nach Meri Rani’ was released by the actress, which was a big hit on social media. This song also forced people to snort. This song of Nora Fatehi and Guru Randhawa has been seen more than 20 crores till now. Nora Fatehi will soon be seen in ‘Bhuj: The Pride of India’. A clip of Nora Fatehi related to this film also went viral, in which her acting won the hearts of the people.