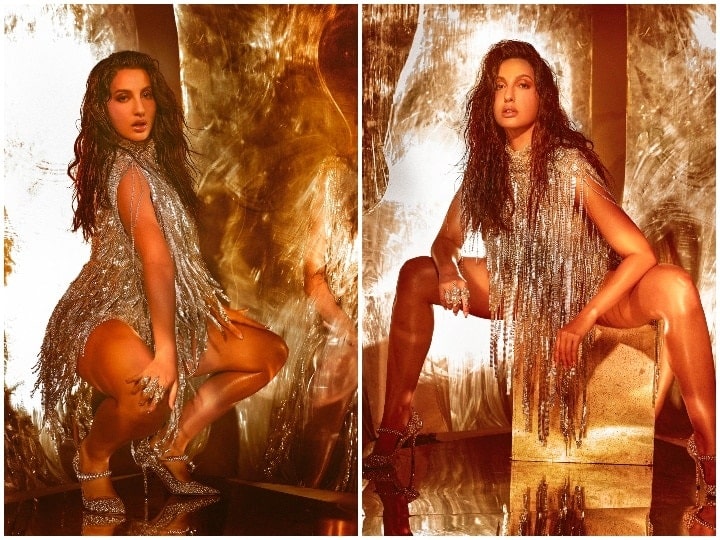 This week on the stage of the TV show Dance Divane 3, there is going to be a lot of heat. Yes, Nora Fatehi will appear as a guest this week in the upcoming episodes. Where she will once again spread the flame of her dance. Recently, a video has spread sensation on social media in which Nora and Tusshar are seen dancing on ‘Nach Meri Rani’. Colors shared this video a day ago and so far this video has received around 3 lakh likes.

This dance begins when the contestants demand to dance with both of them and there is a war between the two. Tusshar Nora is seen saying that nothing will happen with the noise and will have to be beat in the dance. Nora Fatehi and Tushar Kalia dance to each other on the song ‘Nach Meri Rani’. Both dance and style give each other amazing competition. After watching the video, the fans are not tired of praising. Let me tell you, before this, a dance video of Nora Fatehi and Madhuri Dixit was also revealed.

Recently Nora Fatehi also gave her tremendous performance in the Filmfare Awards show. Whose glimpse and video was seen to be very viral on social media. Nora was last seen in the song ‘Chhode Dege’. Earlier, she also appeared in the song ‘Nach Meri Rani’ with Guru Randhawa.