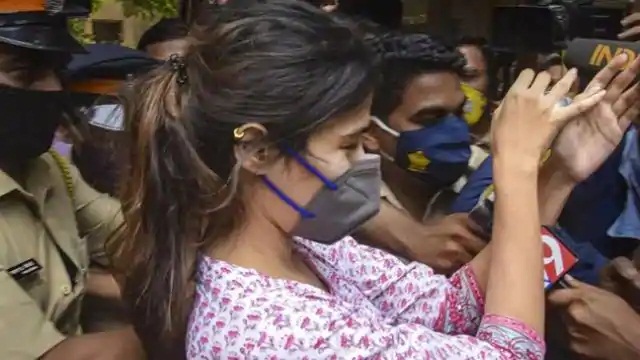 In the case of the death of Bollywood actor Sushant Singh Rajput, a new twist is coming out one after another. Actress Riya Chakraborty, the main accused in this case, has registered a case of cheating against Priyanka Singh and others of Sushant Singh Rajput.

This complaint of Riya Chakraborty is about WhatsApp chat between Sushant and his sister on June 8. Riya Chakraborty left Sushant’s house on the same day. It was revealed from that chat that Sushant’s sister Priyanka has asked him to take Librium and daily Nexito and Lonajep for a week.

Earlier, Riya Chakraborty appeared before the Narcotics Control Bureau for the second consecutive day on Monday after the drugs angle surfaced in the Sushant case. Riya was questioned by NCB officials for six hours on Sunday and asked to appear again. The 28-year-old actress reached the NCB office at Ballard Estate at around 9.30 am on Monday. She arrived there with police personnel.

Aamna-Saamna wants to confuse other accused
NCB had said that when Riya would appear for questioning, she would ask her younger brother Shauvik Chakraborty (24), Rajput house manager Samuel Miranda (33) and Rajput’s personal staff member Deepesh Sawant She wants to confront them, so that everyone’s roles in this alleged drug gang can be clarified.