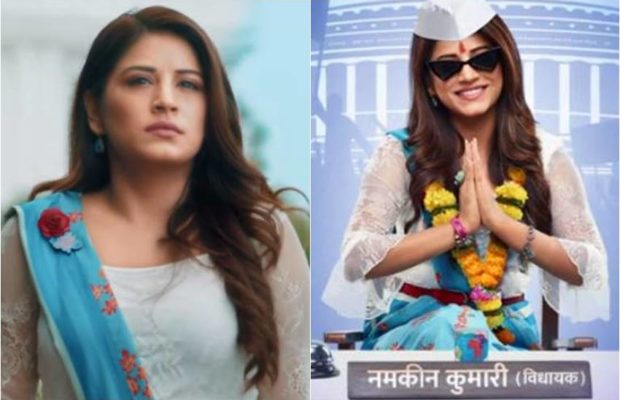 Nimki Vidhayak, Nimki Mukhiya: After this time in Nimki’s life, there were many storms. But Nimki never gave up on her circumstances. Despite losing her child in the new episode, Nimki will rise up once again and to honor her…

Yes, the show will feature a huge twist and turn. Nimki has been shown to be quite strong in the show so far. In between, the concept of the show became such that Nimki had to lose a lot. After this, the makers have now resorted to a new twist to make the show more intrusting. Nimki will now be an MLA in the show. A new promo has been released by the makers in which Nimki is now seen as & Nimki MLA.

In this video, Nimki has once again reached the public with the same confidence. In the video, Nimki says – We had a craze of red lipstick and red light since childhood. Today it is complete. Nimki Mukhiya will rock this change in the show from August 12. In such a situation, you will be able to see Nimki in this avatar at 8.30 pm

With this, Nimki’s brother-in-law will also be seen changing. Let me tell you, in today’s episode, Monu and aunty will come home. During that time Monu tells aunt, she was getting the voice of the child from this room till yesterday and also laughed Nimki didi. Now I can’t hear that. Aunt tries to handle Monu. Then Munna takes out all his toys and says that he will give all his toys to Munna.

It will be further shown that Monu falls asleep without eating. On the other hand, uncle takes Nimki to the operation theater. After coming out of the operation theater, everyone tries to talk to Nimki. However, the nurse states that Nimki has been injected, due to which she is not conscious. Nimki is speaking in her room in an unconscious state. Then the doctors tell the family that Nimki is fine but due to the critical condition he could not save the child.

With this, there will be a leap in the show and there will be something that Nimki will become the head of Nimki MLA. Keep reading for the rest of the TV serials and show updates