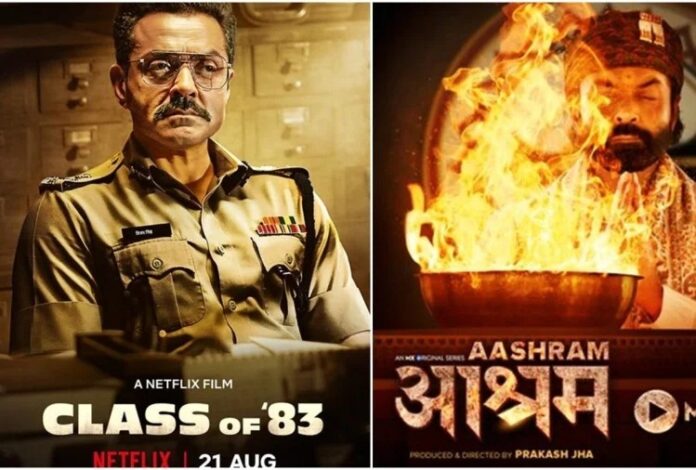 Let us explain the matter in a little detail. Director Prakash Jha’s film ‘Exam’ is released on OTT on Thursday. This is his debut on digital. After this Prakash Jha’s web series is going to be released on August 28, named as ‘Ashram’. Bobby Deol has adopted the look of Baba Ram Rahim in this series on the alleged gorakhandha that takes place in big ashrams in the name of religion. A few days ago the release date of this series was announced and Bobby Deol had tweeted about it.

Bobby Deol gained a lot of popularity on the big screen early in his career and also gave many hit films like ‘Barsaat’, ‘Soldier’. His career faltered since the film Dillagi. And, slowly he moved away from films. His career was expected to rise again from the film ‘Race 3’, but people did not like Bobby Deol’s character in this film.

Junior Deol’s film, which has been in discussion for a long time, is ‘Class of 83’ and is made by Shah Rukh Khan’s company Red Chillies Entertainment. Two web series of this company ‘Bard of Blood’ and ‘Betal’ have been released earlier and both did not get any good response from the audience of Hindi belt. The next claim of Red Chillies is on Bobby Deol. In this film, based on some true events of the Mumbai underworld, he plays a police officer who directly confronts the Chief Minister of the state.

Netflix has announced the release of the film ‘Class of 83’ on August 21 on Thursday morning. This film will decide Bobby Deol’s digital debut in this way. Post production of the film has been completed. Sources reveal that some new faces will also be seen as police recruits and Bobby Deol will be shown as the ring master of these recruits. The film’s production reports are also very good. The film is directed by Atul Sabharwal. Atul Sabharwal has a long association with Yash Raj Films. He has directed the Arjun Kapoor starrer film Aurangzeb. Atul has also written the web series ‘Powder’. Born in Agra in Uttar Pradesh, Atul Sabharwal has also written films like ‘Darna Mana Hai’ and ‘My Wife’s Murder’.