If talent is just delayed to show the way, then he finds it himself. Yes, despite being from Kollywood i.e. Nepal’s small film industry, many Nepali stars have made a good international recognition on the basis of their talent. Today, we will tell you about 10 such celebs from the same Nepali stars who showed their stamina in Bollywood, apart from Nepali cinema.

Udit Narayan Jha, who started his career as a Maithili folk singer in Radio Nepal in 1970, is one of the most successful singers of Bollywood today. After spending 8 years in Nepali music, he tried his luck in Bollywood. Here in 1980, he made a new debut of his career. Today, Udit Narayan is also recognized at the international level.

In the Bhola Raj Sapkota

Barfi film, you remember Ranbir Kapoor’s friend who used to be a voice for Ranbir. He was none other than the great Nepali actor Bhola Raj Sapkota. The film was released in 2012, in addition to Ranbir, Ileana Dikruz, and Priyanka Chopra in the lead role. But Bhola also played a supporting role in this film.

Beautiful and talented actress Manisha Koirala has established herself as a popular Bollywood actress. She belongs to a reputed house in Nepal. Manisha has spent half her childhood in India. Here she first modeled and then made her move to Bollywood. Many of Manisha’s best acting can be seen in many hit films like Dil Se, Saudagar.

Poornima Shrestha is a well-known playback singer of Bollywood. She is also known as Sushma Shrestha. He started his career as a child artist. In 1971, Ramesh Sippy’s film Andaz Mein Naa Bolo-Bolo gave voice to the song. After this, I have a relationship with you, what happened in your promise. Purnima Shrestha has given voice to the famous song ‘Chane Ke Khet Mein’ filmed above Madhuri Dixit.

Aditya Narayan Jha Aditya Narayan Jha, son of singer Udit Narayan, was born and raised in India. Originally born in a Nepali family, Aditya has also achieved a big position on the strength of his talent in Bollywood. He also started singing after working in Hindi films as a child artist. Today, they also fall under the category of successful singers.

Sunil Thapa Sunil Thapa, a famous villain of Nepali cinema, has been a popular face in Hindi films. Famous Sunil Thapa in Nepal, named Raate Kaile, turned to act after modeling in Mumbai. He made his acting debut in the 1981 film ‘Ek Duje Ke Liye’. After this, he also worked in many Hindi and Bhojpuri films. But Priyanka Chopra’s film Mary Kom, which came in 2014, gave her a separate recorded identity. In this, he played the role of Priyanka’s trainer.

Teriya Magar, do you remember Teriya Magar? She is the same little girl who won the title of Dancing Competition Little Masters in 2014. She is originally from the Rudrapur Rupnadehi district of Nepal. Teriya also won Jhalak Dikhhla Jaa season 9.

Jharna Bajracharya, Jharna Bajracharya, a resident of Kathmandu, has also won many beauty pageants of Nepal. She represented Nepal at the Miss World Competition in 1997. He worked in the 2004 film Love in Nepal. Sonu Nigam was in the lead role in this.

Born in Janakpur, Nepal, Usha Poudel Bollywood tried her hand in the Hindi film industry after working in Nepali cinema. After a lot of struggle, he got the job. She has appeared in TV serials like Tujh with Preet Lagiya Sajna, Jai Jai Jai Bajrang Bali, Adalat. 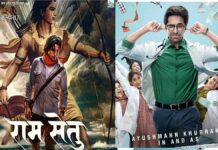 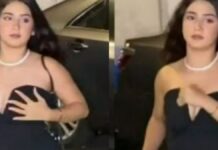 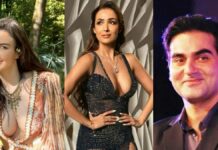