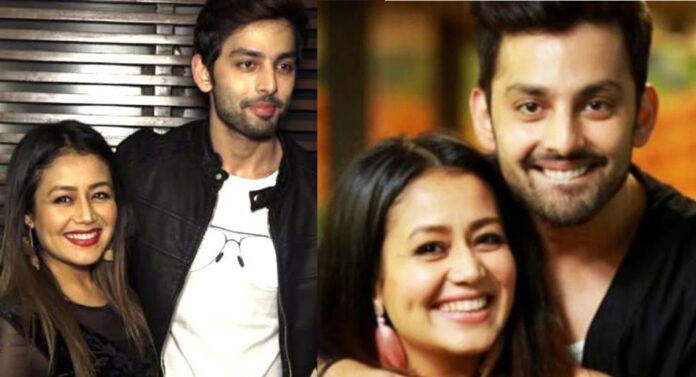 Singer Neha Kakkar has dominated social media about her wedding news. Recently, there were reports that Neha is going to take seven rounds with Punjabi singer Rohanpreet Singh. Now in the midst of this news, another picture of both of them is going viral on the Internet. It is being speculated that there is a photo of his stopped ceremonies.

Earlier, there was a discussion about their relationship in a video of both of them. In the video, Neha says that if we get married in lockdown, the expenses will be reduced. After this, Rohanpreet wears him a ring.

However, it was just a video or the truth of their upcoming relationship is not known yet. Neha and Rohanpreet have not yet received any official confirmation about this news.

In this photo, Neha and Rohanpreet are seen sitting on the couch holding each other’s hands. Rohanpreet’s family is also with him.

On the other hand, Rohanpreet on Wednesday said in a photo shared on her Instagram story, Neha is ‘my life’. Actually, Rohanpreet shared this photo while congratulating Neha and Tony Kakkar for their 1 billion views of the video.

It is known that the Times of India had quoted a source that Neha and Rohanpreet will get married by the end of this month. This wedding will be held in Delhi and due to pandemic, very few people will attend it. According to the report, both will take seven rounds on October 24.

However, Rohanpreet’s manager denied the source saying that he too had heard such reports. Both have just done a video together due to which they are being linked. Rohanpreet has no wedding plan yet.

On the news of Neha’s marriage, her ex-boyfriend Himansh Kohli also reacted. In a conversation with E-Times, she told that if Neha is really getting married then she is very happy that she is moving on. He said that everyone should move forward in life.

By the way, Himansh also said that a friend of Neha told that these news of marriage are just rumors. He said, “No, she is not marrying. Rohmanpreet’s rumor is as fake as Aditya Narayan’s news was.”

He told that he does not know why Neha would allow herself to fall prey to such poor publicity tricks. At the same time, she is unable to understand anything about why the media repeatedly believes such news.