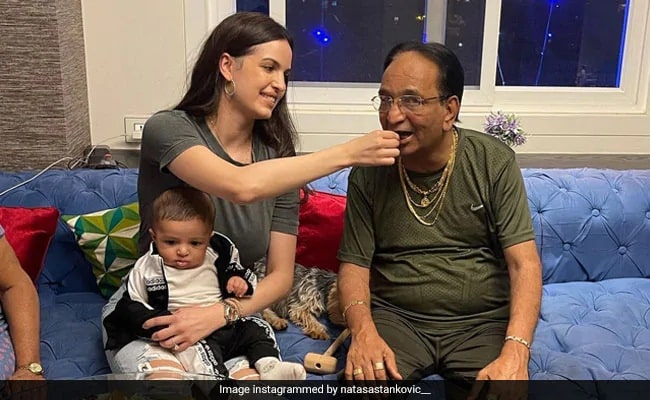 Indian cricketer Hardik Pandya and his wife Natasha Stankovic are one of the most liked couples. Early in the year 2020, actress Natasha had told that Hardik has proposed her in the most romantic way and soon both of them will get married. Now Natasha has once again shared a very cute post.

Natasha Stankovic remains very active on social media. She is also seen sharing photos with Hardik. Recently, he shared a photo of himself with Hardik. While sharing the photo, she called her husband Sunshine. In the photo, Natasha is seen kissing Hardik on the cheek in the pool. Looking at this photo of both, it seems that the bond of both of them is very strong. Fans are reacting fiercely to this photo of Natasha and Hardik. The photos of both are becoming fiercely viral on social media.

Earlier, Natasha Stankovic shared a video on Instagram in which she was seen flaunting her figure. Along with sharing the video, it was written in the caption, ‘Some of you asked me this question, how did you lose weight after pregnancy. I neither like to do gym nor do heavy training. I follow a good diet.