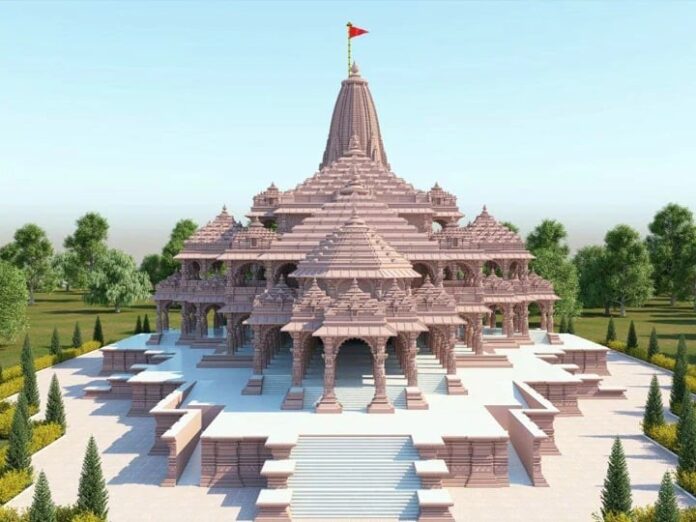 Constant research is being done to strengthen the temple

Champat Rai, general secretary of Shri Ram Janmabhoomi Tirtha Kshetra Trust said that debris removal work is going on to build the foundation for Ram temple and this work will take about 75 days, according to L&T executive body, right now in March and from Ram Janmabhoomi campus Debris will be removed. Also, General Secretary of Sri Ram Janma Bhoomi Teerth Kshetra Trust Champat Rai said that for the research done by the team of NGRI Hyderabad, 400 feet deep has been boring at seven places. Where underground soil testing is being done. The report of 100 pages has been submitted to the trust and on the suggestion of the same, now the debris is being removed for the construction of Ram temple. After the construction of the Ram temple, its age is long, so the team of experts is constantly doing research. Due to the presence of Saryu in the depths of the Ram Janmabhoomi, there is brittle sand and how to make a grip on sand, this technique is being worked on. Different specialists are working continuously for this. If the temple is earthquake resistant, there is no damage to the foundation of the temple due to the water stream of Saryu, all these options are being researched by experts. The NGRI team is contemplating on this overall for the construction of Ram temple.

According to the trust’s general secretary Champat Rai, every society of the country is donating for the construction of the temple. Muslim society has contributed more in construction for Ram temple than imagined. Not only this, Champat Rai said that the Muslim society of Ayodhya is also continuously cooperating for the Ram temple. People of the society already knew about the Ram temple. The faith of a big society is attached at this place and that is why people are cooperating more than expected in the construction of Ram temple. Trust general secretary Champat Rai said that Lord Ram is an ancestor. 500 years ago, the ancestor of Muslim society was Lord Rama and in Indonesia, everyone considers Rama as their ancestor.