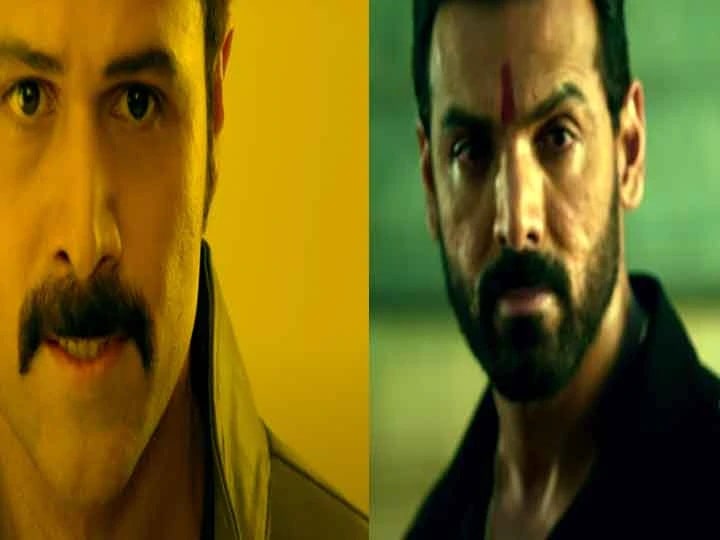 The second song of John Abraham’s upcoming movie, Mumbai Saga , has been released today, whose title is Danka Baaja. The song is based on Ganpati Bappa, in which the entire star cast of the film is also seen. From music to song lyrics are very strong. This is the reason that the song has become famous as soon as it is released. The hard work of Dev Negi and Payal Dev has brought color and people are enjoying this song very much.

The song is based on John Abraham, Emraam Hashmi and Kajal Aggarwal. For a long time there was a wait for such a song, which could be jammed and that wait of this song of Mumbai Saga was over. A great song has been prepared with loud music, strong lyrics which is very pleasing. Before this, the first song of the film Shor Machega has been released, which people have also liked very much.

At the beginning of the song, John is seen in a very explosive style. Commentary on forehead and gun in hand. John is seen in the role of Don of Mumbai. By the way, this look of John seems quite familiar. Earlier, he had a similar look in Shoot Out at Wadala. John did not keep a beard in this film, while this time the actor is seen in a beard. At the same time, talk about the other important character i.e. Emraan Hashmi, he is going to play the role of a policeman in the film. Apart from this, Kajal Aggarwal will play the role of John’s wife, who is seen in the Marathi look in this song.

The film will be released this month

The film was to be released in June last year but due to the lockdown its release was postponed. At the same time, it is going to be released on March 19. The story of the film is of the era when Mumbai used to have the rule of the underworld.