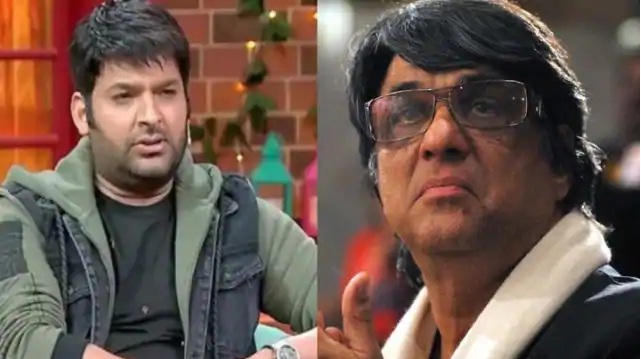 Actor Mukesh Khanna did such an act in his time that he settled in everyone’s heart forever. Starting with the character of Bhishma Pitamah in Mahabharata, he gave his first superhero Shaktimaan to Hindustan. Mukesh Khanna as a powerful man touched the pinnacle of popularity and he became a favorite of all. But for the past few years, he is away from films and very close to controversies.

Mukesh Khanna remains in the headlines these days due to his tough style. His anger is always on his nose. Recently, he called Kapil Sharma’s show Vahiyat. Not only did he do the evil of that show, but he also spoke against his fellow artist Gajendra Chauhan in Mahabharata. But this is not the first time Mukesh Khanna has raised a dispute with his anger. He has given such statements on many occasions that all are surprised.

Sonakshi Sinha made only one mistake a few years ago. He did not know who had brought the Sanjeevani booti for Laxman. This incident happened with him on KBC. Because of that one incident, she was trolled on social media, apart from this Mukesh Khanna also took a dig at her. Mukesh Khanna advised Sonakshi to watch Ramayana in lockdown. He was also surprised that the person whose name is Ramayana, he does not know the answer to such a question, it is a shame. He also said that people like Sonakshi do not know anything about poetry. Many people did not like to say Mukesh Khanna. This was seen as a personal attack. Later Mukesh Khanna also used to give clarification.

Ekta Kapoor has made many superhit serials. But he also made Mahabharata in his career. He made the story our Mahabharata. The serial was rejected outright by the audience. Nobody liked that serial. In such a situation, Mukesh Khanna also went a step ahead and said that if he makes such a serial, it will end. He had said- Ekta showed a tattoo on Draupadi’s shoulder. They made him a morden. Culture is never morden, if you morden the culture, it will end by itself. Mukesh Khanna had made such a comment on unity earlier also.

Tick ​​talk is currently banned in the country, but due to this platform, the lives of many people are going on. There were many who were earning money. But Mukesh Khanna, who always spoke upright, called it an unconscious box. He said that tick talk is the work of useless people, what is running it is also useless. Many people were shocked by Mukesh Khanna’s statement. At one time many people in the country had made it their employment. In such a situation, his statement did not go down.