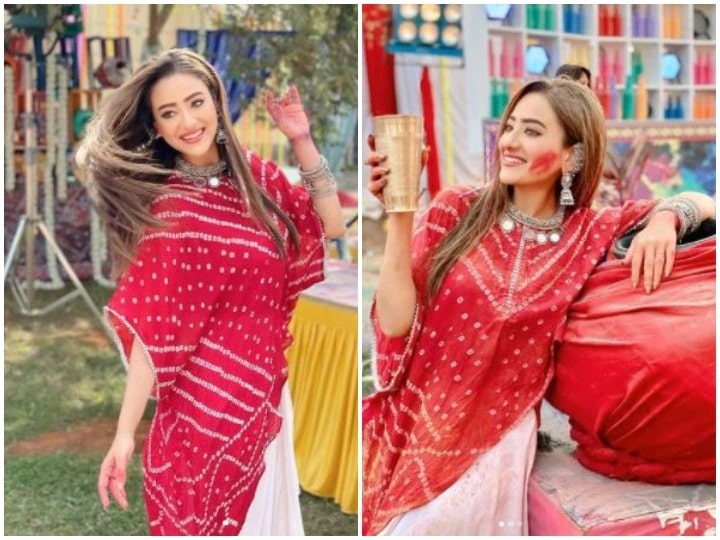 Actually Mithun Chakraborty’s daughter-in-law Madalsa Sharma has been seen celebrating Holi on the set of television show ‘Anupama’. Madalsa has shared a video from her Instagram account, in which she is seen dancing to the song ‘Balam Pichkari’. In this video, she is seen dancing with different moves. Which his fans are very much liked on social media.

However, while posting the video on social media, he has also mentioned that he has posed with an empty glass and he has not taken any kind of intoxicating substance or cannabis. Along with this, while wishing Holi to his fans, he has also said to follow social distancing during Holi in the Corona period.

In the picture which Madalsa has shared on social media, she is seen standing with a glass in her hand. Apart from this, in another picture, she is seen posing. Madalsa, who is working in a television show, has also been seen acting in South Indian films before this. At the same time, she is currently playing the character of Kavya in the television show ‘Anupama’.