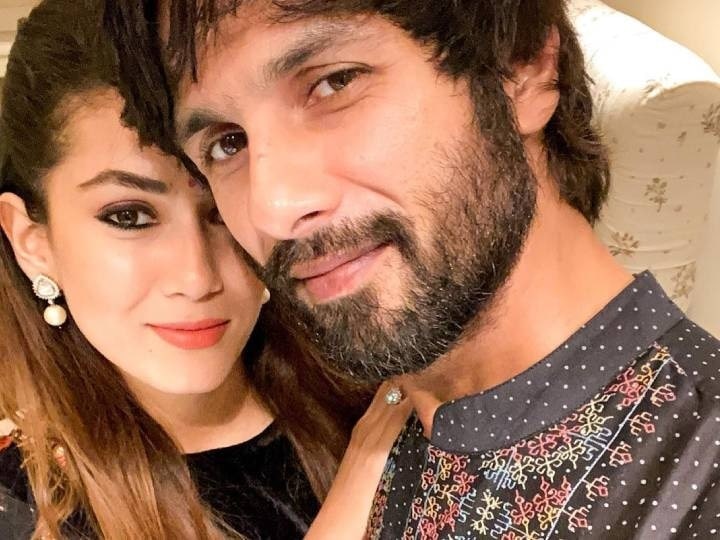 Bollywood actor Shahid Kapoor married Delhi girl Meera Rajput. Who had no connection with the film industry. But Meera Rajput Kapoor has made her place in the hearts of millions of fans in no time. Meera Rajput not only rules over Shahid’s heart but also in his in-laws’ family. Meera remains fiercely active on social media. Often she keeps posting many glimpses of her personal life. Meera never hesitates to express her love for her family on social media.

Once again, Meera shared a post on her Instagram in which she told how you meet a stranger wearing a mask. Along with sharing the photo, Meera saas writes the famous dialogue of Supriya Pathak. ‘When you are meeting a stranger. Hello, yes, go to the food and eat it. ‘ In the caption of this photo, he wrote, ‘I am not alone in the right.’ All the fans are giving their feedback on this post.

Let me tell you, Shahid Kapoor and Meera Rajput got married in the year 2015. The video and photos of the wedding of both were dominated on social media. This couple has two children named Misha and Jain. Talking about the work front, Shahid Kapoor is very busy with his upcoming projects. The actor will soon be seen in the film Jersey. The film will be released on Diwali 2021. Shahid will soon be making his digital debut as well. He is working on the Family Man series director Jodi Raj and DK’s thriller web series.