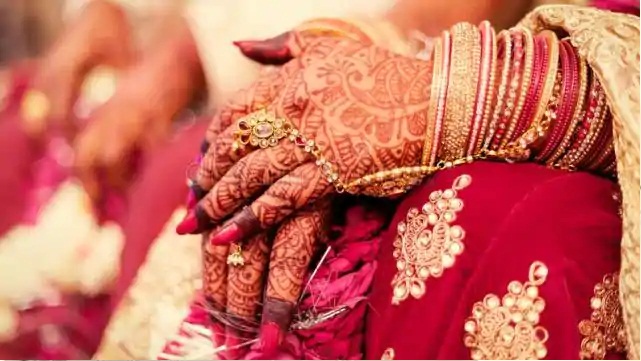 In Madhya Pradesh’s capital Bhopal, the case of cheating husbands by having a robbery has made four marriages. A case of cheating has been registered against the accused woman in Chhola police station of the city. According to the information, the accused Saba Khan used to get caught in the trap of her beauty and then marry her. She then started a game of cheating and blackmailing. Saba Khan’s misdeeds were exposed when her fourth husband, Faizur Rahman, complained to her at the Chola police station.

In his complaint to the police, he said that the accused woman had married him three months ago. After this she blackmailed him and started demanding money. Police say that an FIR has been registered against the accused Saba Khan, soon this fraudulent woman will be arrested. According to the police, the accused woman was demanding Rs five lakh from her fourth husband, Faizur Rahman. Saba Khan is accused of marrying Faizur Rahman three months ago as a helpless person.

But when her fourth husband came to know about her truth, he began to distance her. Seeing this, Saba threatened to implicate Faizur in the rape case. Faizur also came to know that Saba Khan, who married her, has done many (three) weddings before. He has also filed a case of rape and molestation on him.

Faizur alleges that Saba Khan got married by lying to her. According to Faizur, the vicious Sabah Khan has filed a case against his former husbands in different police stations including Shahjahanabad police station in Bhopal.