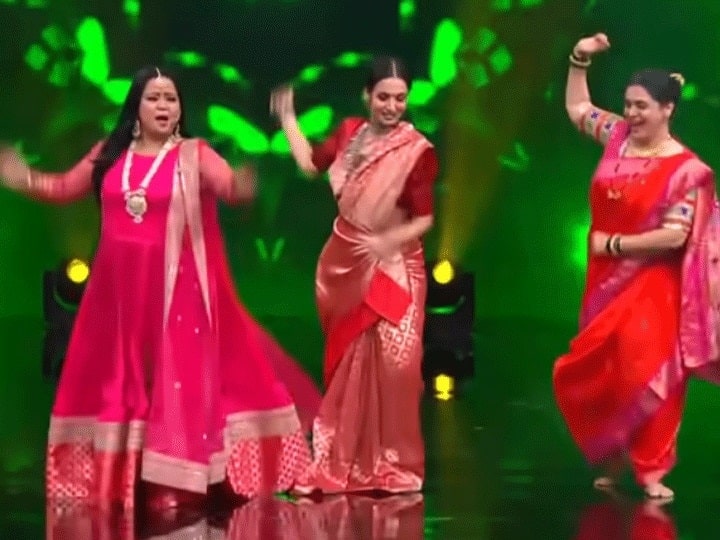 Malaika Arora does everything she can to keep herself fit and one of them is dance. Malaika is such a great dancer, these can be seen in songs like Chhaiyan Chhaiyan to Munni Badnaam. This is the reason why she is also seen judging many dance reality shows. One such dance reality show is India’s Best Dancer, on whose stance Malaika performed such a Marathi style dance that everyone kept watching them.

In the Bappa special episode, Malaika arrived wearing a red Banarasi sari. Therefore, the host of the show, Bharti Singh, invited her on stage and when Malaika came on stage, she did a great dance in Marathi style. At the same time, actress Supriya Pilgaonkar had accompanied her in two episodes as a guest. Both of them danced on stage fiercely. Seeing which the contestants and the rest of the judges also came on stage.

Malaika has done cameos in many films

Malaika Arora started her career as a model and she also appeared in a video album, after which she was offered films. He did a small role in the scorpion film. But they have gained more recognition due to their dance. She is a great dancer. He is most remembered for Dil Se’s song Chhaiyan Chaiyan. In this song, he danced with Shah Rukh Khan on a moving train. Apart from this, she has been seen in songs like Anarkali, Munni Badnaam, Fashion Phir Phir Phir Mujhe Pe, Pandey Ji CT At the moment, she keeps sharing a lot of headlines about her relationship with Arjun Kapoor.